Government Must Come To Our Aid—GREDA 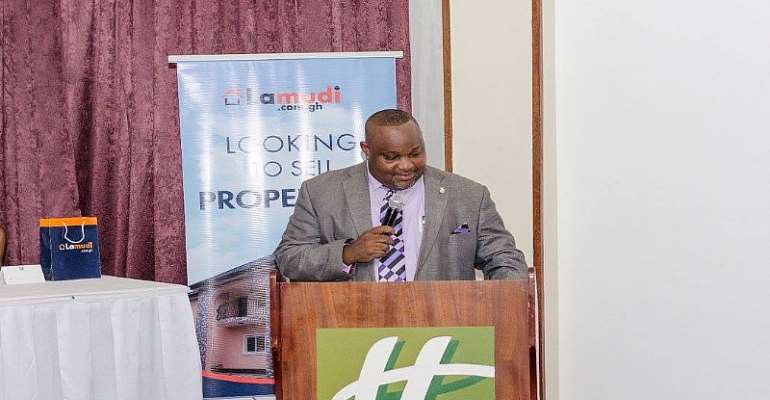 The Ghana Real Estate Developers Association is calling on the government to come to their aid to help them make sales in 2016.

In his assessment of the Ghanaian real estate sector for the first half of the year, the Executive Secretary of the Ghana Real Estate Developers Association (GREDA), Mr. Sammy Amegayibor, said that the general reaction of members is that of apprehension.

Mr. Amegayibor said that developers are lamenting over the drastic reduction of property sales. Several developers have also disclosed their concerns over unpaid bank loans, making this year a very tough one for them.

“Normally if it is an election year, we expect things to be much easier because quite a number of people are willing to spend and there is a lot of money flowing in the system. Unfortunately this year, it is not happening like that,” Mr. Amegayibor said.

Members of GREDA are still hopeful that the year will end on a high note should the government come to their aid. The association expects the government to intervene in issues such as the Value Added Tax (VAT), high interest rates charged on loans, problems with land acquisition, and inaccessibility to long-term financing.

Mr. Amegayibor said that the association has had a frank meeting with the Minister of Water Resources, Works and Housing, Dr.Kwaku Agyeman Mensah, where pertinent issues concerning the sector and how the government can assist were discussed.

“These meetings boarded on activities in the industry and that has not happened in the past ten years or so. We raised these issues in February when we met with the Minister but we haven’t received any invitation yet.

“We agreed that the first meeting should be in April, immediately after the Easter celebrations. Yet we are at the end of May and nothing has happened,” he said.

An important outcome of the discussion was the re-institution of the quarterly meetings held by the government and other stakeholders in the real estate sector.

Evans Afedi Tetteh, the Marketing Manager of Renaissance Real Estate Limited, and a member of GREDA, described the first half of the year as one with challenges.

“There is no shortage of houses in Ghana. There is an oversupply of expensive upper and middle class houses, which only the rich can afford. The demand for rental properties is steadily increasing in major real estate markets throughout the country.The first half of this year has been challenging though, but the second half is fully packed with ultra-modern investment opportunities with the best risk–return ratio to all stakeholders,” he said.

Realtor and marketer with Blue Rose Company Limited, Emmanuel Ayisi also described the first half of the year as averagely good in terms of sales, making reference to last year which he said was better because prices of goods were generally lower.

“The local Ghanaian market is not very viable. Most of the sales we are making are by Ghanaians outside of the country or foreigners.

“It is mainly about the taxes - people are spending so much on that. I won’t blame it on the fact that it is an election year. Once it’s an election year, there should be money in the system but it has not been so this year,” he said.

The Ghanaian real estate industry has made some commendable gains in recent times.. Earlier this year, the Ministry of Water Resources, Works and Housing reassured Ghanaians of a Rent Act amendment which was before Parliament. The Act, among other things, will reduce the number of years’ rent advance charged by landlords. The news was greeted with mixed reactions by property hunters and owners.

In a survey conducted by Lamudi Ghana , 82 % of respondents saw the idea of paying a month’s rent advance as laudable while 71% of them saw the amendment as one which would have a positive impact on the sector.

ABOUT AIG
Africa Internet Group introduces and accelerates the online shift in Africa – for its people and its culture. It is committed to running successful and vibrant internet companies which boost the evolution of African online culture. AIH is the parent group of nine successful and fast-growing companies in more than 20 African countries, accounting for over 3000 staff.