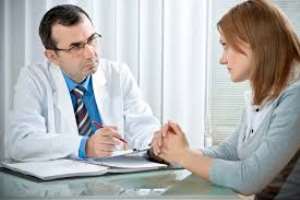 According to whole health organisation, It is estimated that of the 21.6 million people living in Ghana, 650,000 are suffering from a severe mental disorder and a further 2,166, 000 are suffering from a moderate to mild mental disorder in Ghana. Also on Saturday, 12 October 2013, the Ghana News Agency (GNA), reported Dr Akwasi Osei- the Chief Psychiatrist, as saying that Ghana’s current mental health service delivery, has a 97 per cent treatment gap- explaining that 97, out of a100 mental patients, who require health care, do not get it. n the words of Dr Akwasi Osei, a recent study showed that Ghana had 41 per cent prevalence of psychological distress in various degrees- meaning as many as 47 in a 100 admitted were under negative stress which affected them mentally and that 19 per cent of those with negative stress had moderate to severe symptoms meaning their problem was serious enough to be considered a mental illness.

Mental health care currently was largely limited to the urban area and even more specifically to the middle and northern belts of the country with only three psychiatric hospitals and 12 practicing psychiatrists for the 25 million people. It is also said that,the required number of professionals for a low income country was 150. Dr Osei states that Ghana has 12, 700 psychiatric nurses instead of 30,000 and four clinical psychologists instead of a 100. “The field of mental health in Ghana is vast and the workers are few,less attention has been giving to mentally ill patients and the majority of care is provided through specialized psychiatric hospitals close to the capital and servicing only small proportion of the population, with relatively less government provision and funding for general hospital and primary health care based services.

I will recommend that government give more attention to mental health and psychologists in Ghana.

Feature Article
Powered By Modern Ghana
Christian Servant- Leadership (1)
Why Corruption Still Lives With Us: The Fought-Won-Lost Battle In Ghana
When Little Dramani Promises You a Bag of Opuni’s Fertilizer
A view from public transport vehicles: Covid-19 protocols are disregarded
Voting for NDC Will Not Solve Your Problem
Appealing to the Inspector General of Police to Investigate KumasiAsokwa Police for Corruption and Acts of Unprofessionalism
Put your hands together for Reverend Korankye Ankrah
Begging Outrage: British Journalists for Assange
The XII BRICS Summit Is Scheduled For 17 November 2020
COVID-19 Updates Live Dashboard
TOP STORIES