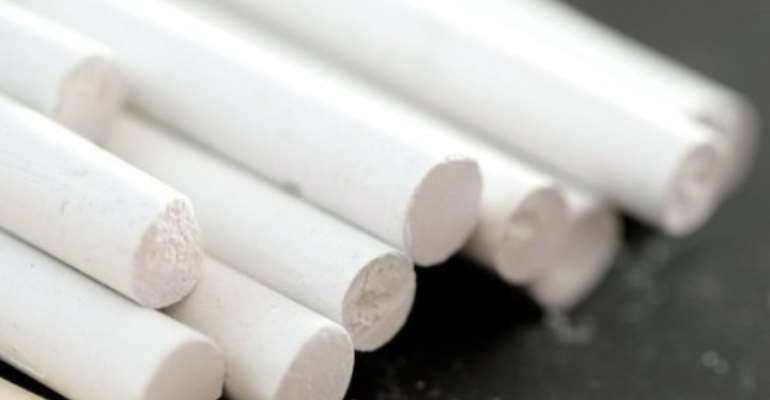 Some basic schools in the Eastern Region have reportedly reduced school hours following a shortage of some teaching materials especially chalk in those institutions.

In some instances students are being made to buy their own chalk to school to allow classes to hold successfully.

Some of the affected areas experiencing the shortage in teaching materials include Kwaebibirem and Akwatia districts.

“Some schools in the Eastern Region have run out of some teaching and learning materials since the beginning of this year making instructional hours extremely difficult,” he said.

Appiah-Kubi added that “almost all basic schools especially in the Kwaebibirem and Denkyembour are struggling to get chalk and other recording materials from their education directorates which hitherto were always at their disposal.”

“The situation has compelled teachers to reduce instructional hours drastically since dictating of notes as a methodology in teaching does and help pupils in the basic level. The situation has also necessitated some schools billing pupils on daily basis to purchase boxes of chalks.”

A teacher in the Denkyembour district speaking to Citi News on condition of anonymity said “for the past month and over, we don't get chalk from the district education office. They don't have it because if they have it they will bring it to the schools.”

The teacher in the region also added that they however devise means to raise money to buy a box of chalk “and then when it's used up we find money again to buy another box.”

Meanwhile, when Citi News contacted the Regional Directorate, the Public Relations office explained that such issue has not come to their attention.

We won’t give you chalk
Mrs Matilda Amissah-Arthur, the wife of Vice President came under intense criticism about a year ago over her response to a chalk request made by the headmistress of Kukurantumi Presby School in the Eastern Region.

“I think we have over pampered you people. Because we have provided free school uniforms so parents don't even want to buy basic things for their children,” Mrs Amissah-Arthur complained.