Photo story:The people vowed 'never again'; gutters responded 'you got to be kidding' 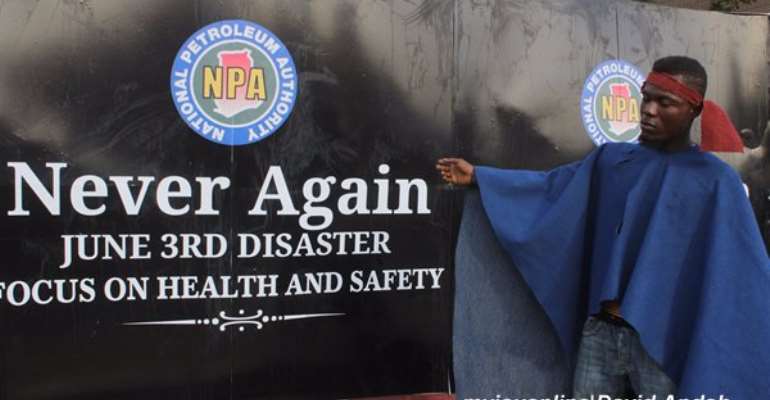 The Kwame Nkrumah Circle was packed with high-borns and low-borns who had gathered at the site where at least 152 Ghanaians perished in a flood and fire disaster last year June 3. 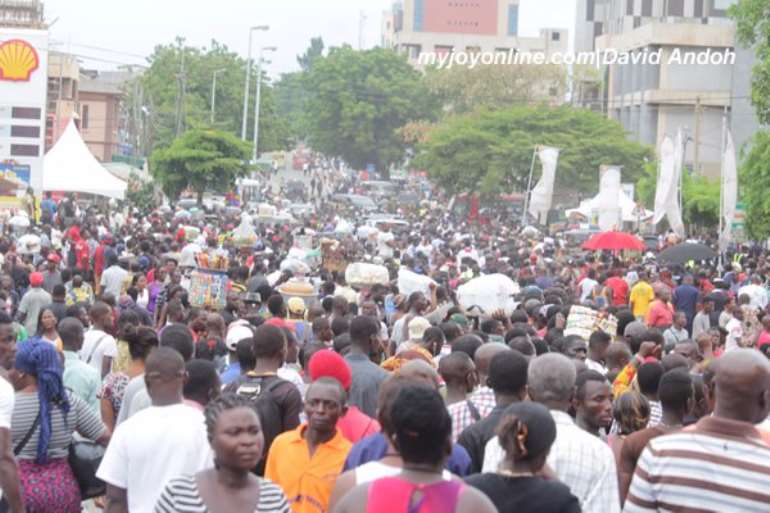 Media networks camped there for morning shows and live reports. 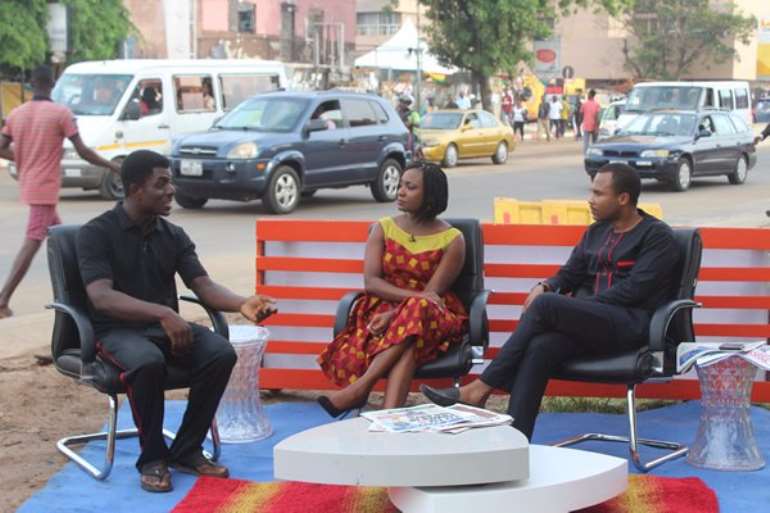 Photo: Multimedia's Mamavi Aboagye and Roland Walker had a public studio where survivors could walk in and tell their stories.

Virtually every step you take around the area, you would be standing on a spot of morbid stories of horror.

'This is where that man died', a young man, Kwame, pointed at the side of the road. 'That is where the rice seller, Emelia was found', he continued his google map memory of the exact locations of tragedies.

He pointed to a one-storey building next to the Goil fuel station where nearly an entire nuclear family was charred minutes after the gas explosion. 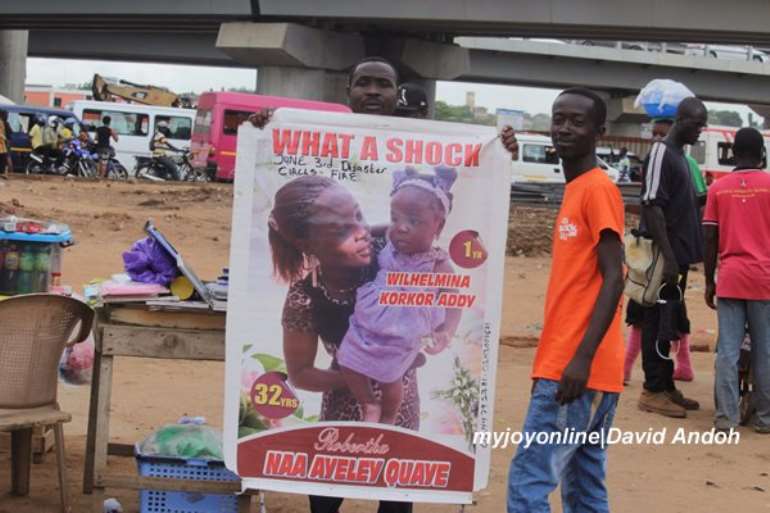 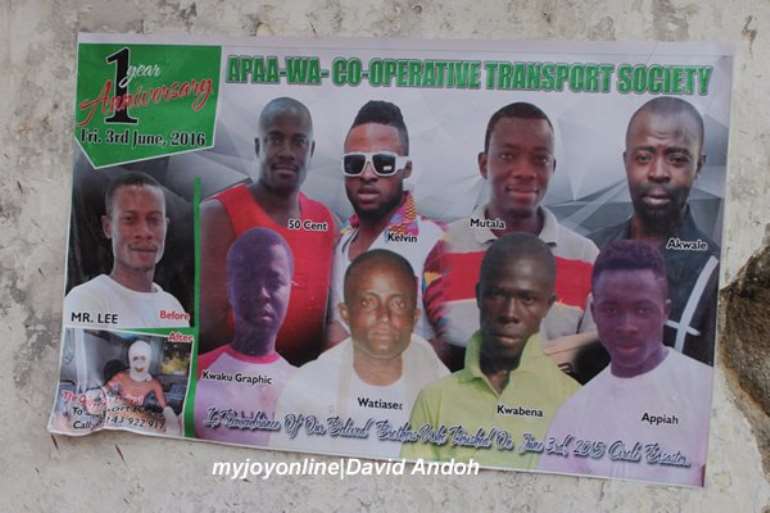 He said an adrenaline-filled old woman in her 70's jumped from the building to save her life. She landed safely. Much much younger men jumped the same building and broke their legs. Some are paralysed today, Kwame explained the great horror of that night. 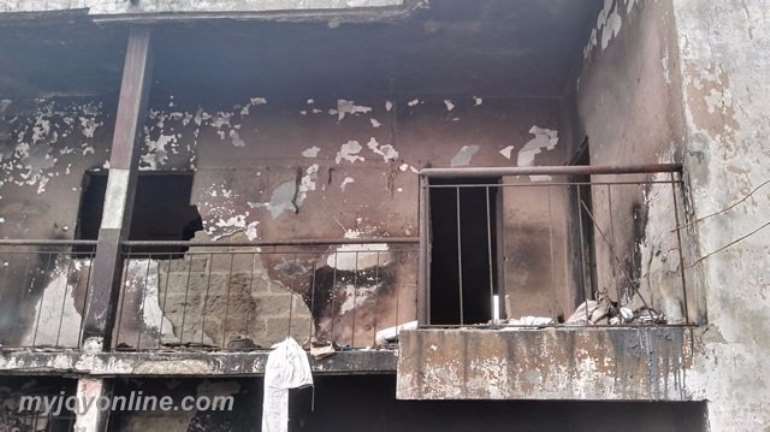 Photo: An old woman jumped from this building 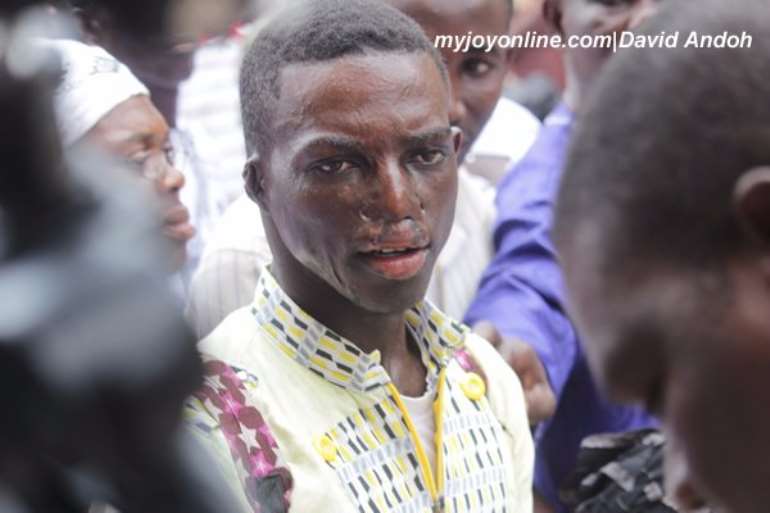 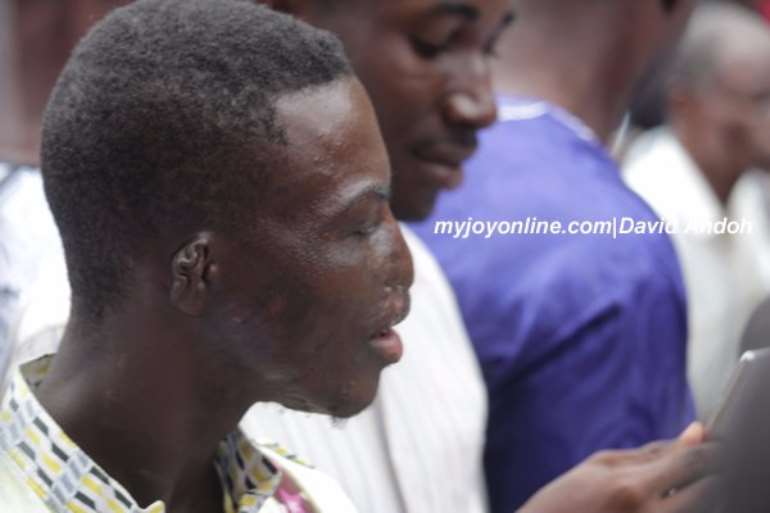 He said a loud cry pierced through the smoke and the fire moments after the explosion as people screamed out their souls in a frightening anticipation of certain death.

Within a minute, all the screams died down completely. They were charred and gone, he said. 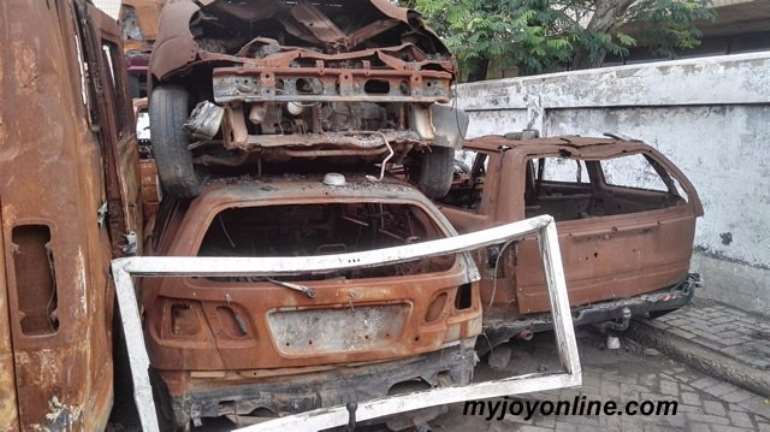 When fuel mixes with water, you feel a burning sensation in it. So even before fire danced on the waters, those swimming through were already feeling the heat.

A man swam from one end of the flood heading to safety on the other end. He almost made it. He died. 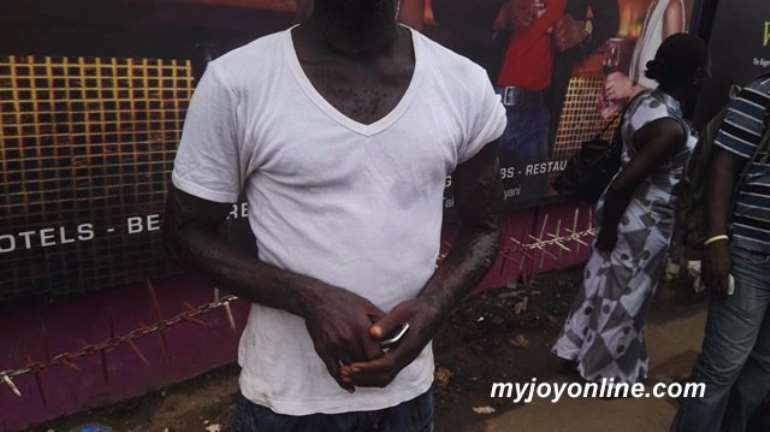 Photo: A Nigerian man got his arms severely burnt while he tried to rescue a little boy who was crying while fire ravaged his body. Although he managed to rescue the boy, he fears the boy may have died. He was too burnt. The Nigerian never saw the boy again.

And so when the choir sang the popular hymn 'What are friend we have in Jesus', at the Rev. Ernest Bruce Memorial Methodist Church at Adabraka where a one-year memorial was being held, some families broke down. 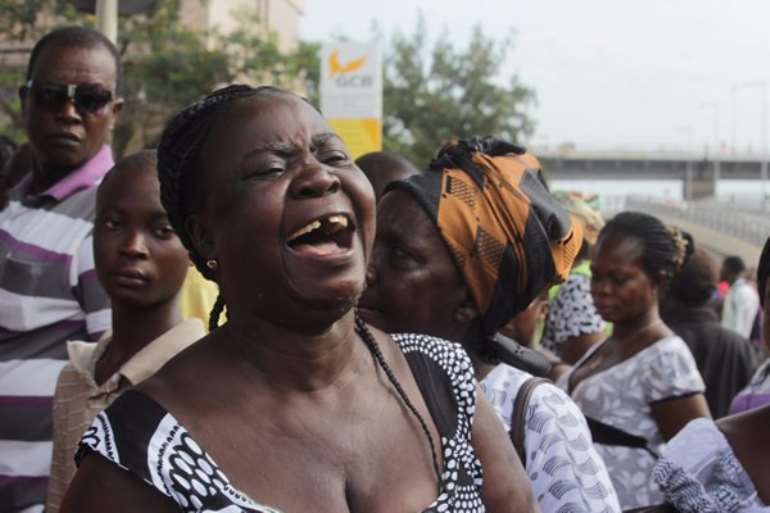 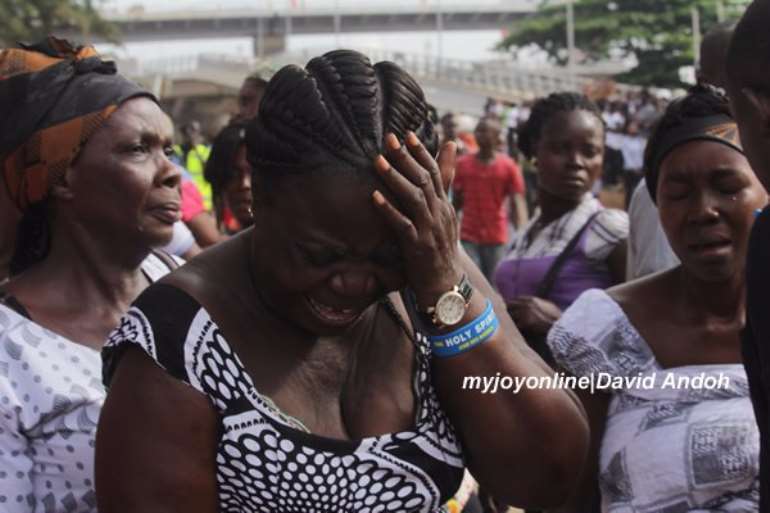 The church was one congregational pack of pastors, politicians, pressmen as well as men and women from the general public gathered to commemorate the deeply tragic disaster of flood and fire in the capital Accra. 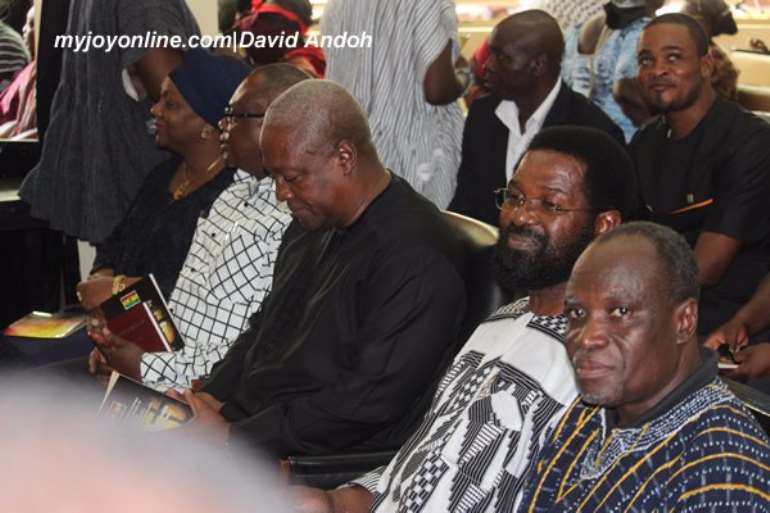 The President sat quietly through the service. He didn't give a speech. Perhaps a mental decision had been made that silence is golden. But it was not golden in the view of the several camera and microphones of the media whose expectations of a soundbite were severely dashed. 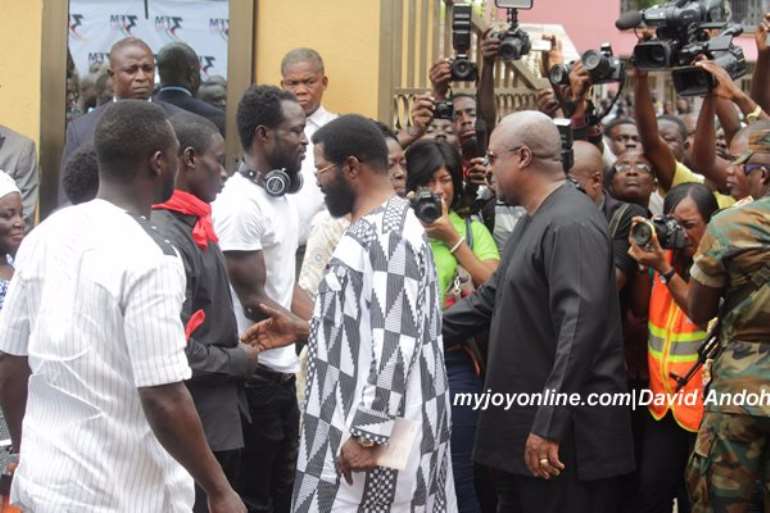 After the church service ended with an offertory, the congregation streamed out of the church heading to the actual site of the disaster - the Goil fuel station. 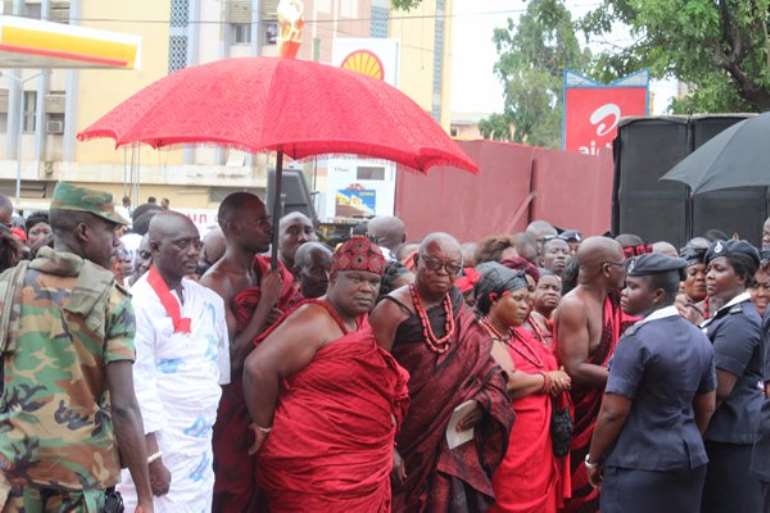 It was a wreath-laying ceremony. The Ga Traditional Council laid one and re-emphasized a warning that the gods have been angry and are still angry after 12 months since the tragedy. 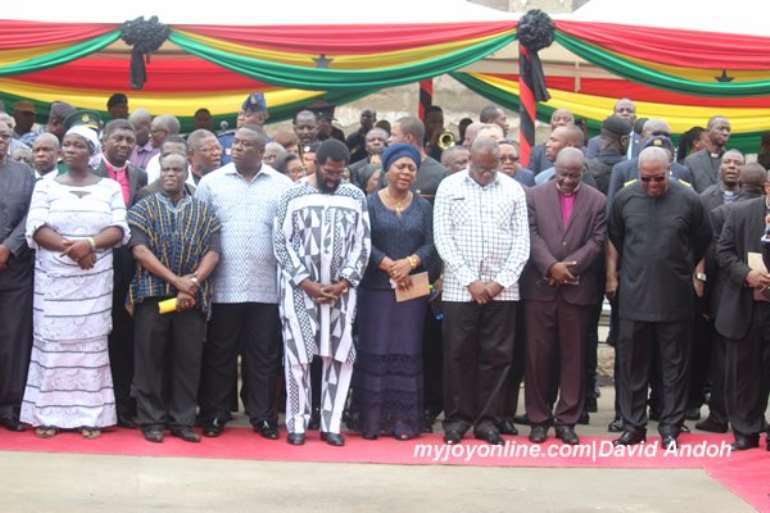 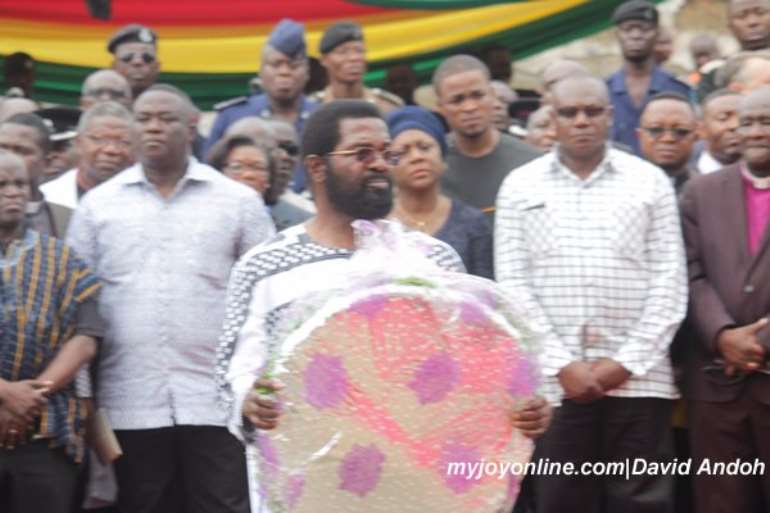 The Mayor of Accra, Alfred Oko Vanderpuije also laid a wreath. All eyes were on him throughout the ceremony. Many questioning eyes. 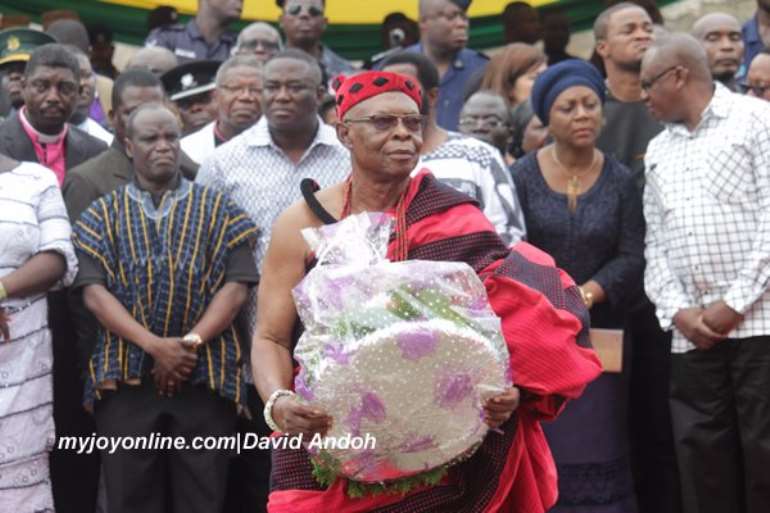 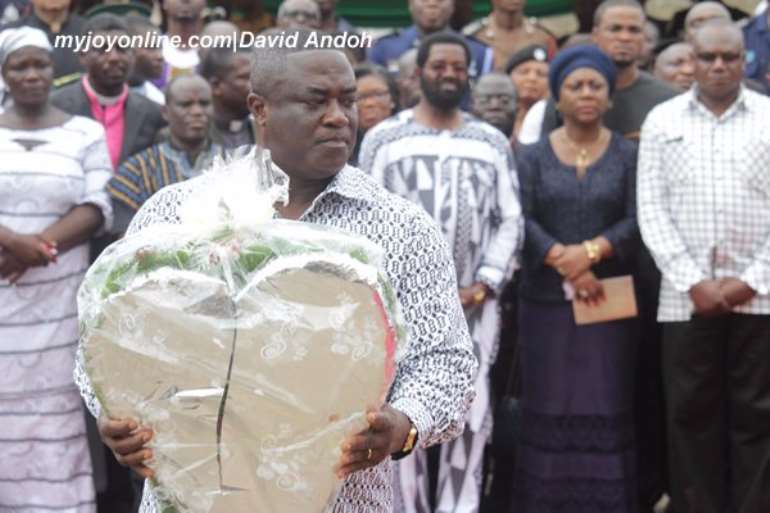 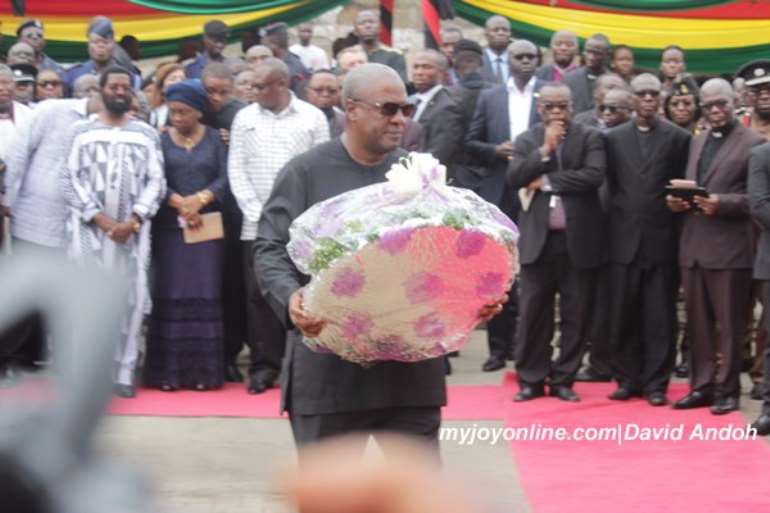 The President laid a wreath on on behalf of the republic. 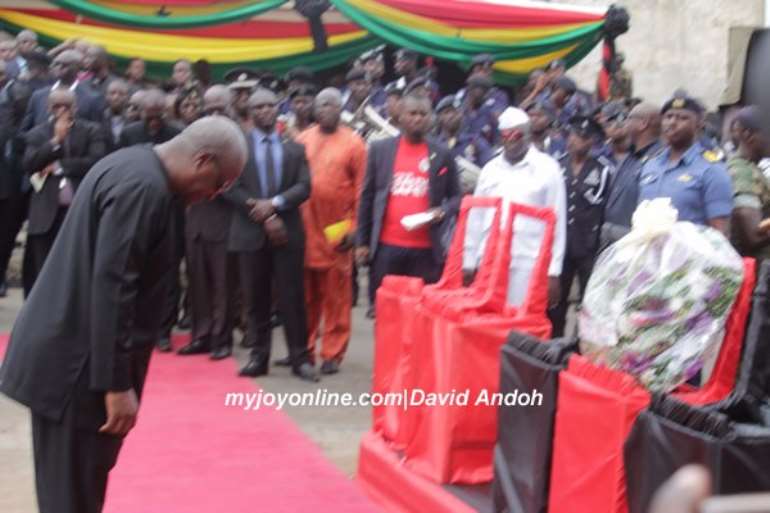 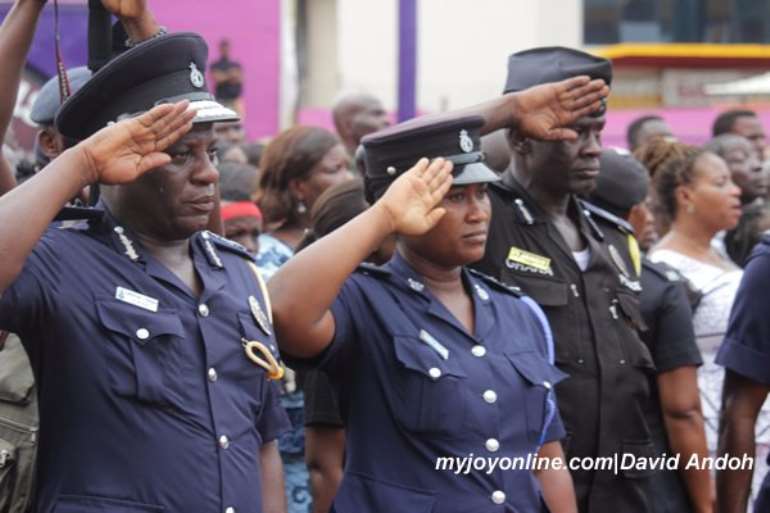 All through the program, you would hear pastors, politicians and pressmen say 'never again'. A look at the gutters and drainages around the Kwame Nkrumah Circle however appeared to be saying ' you got to be kidding'. 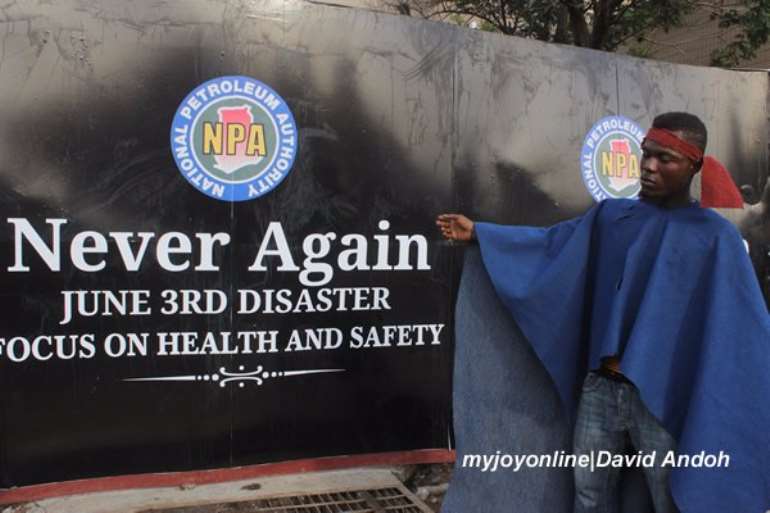 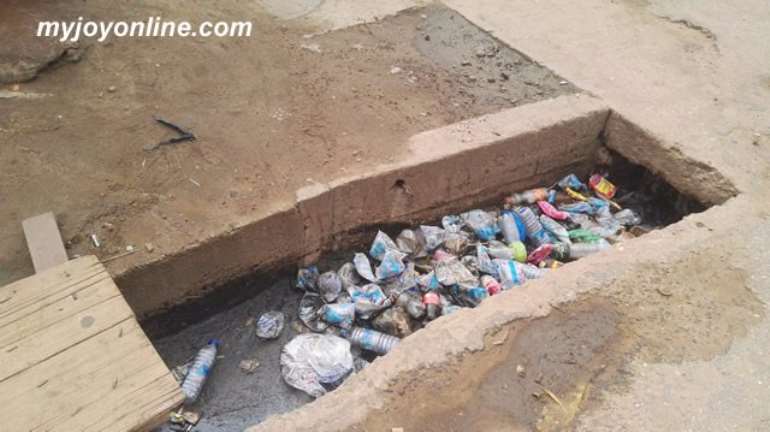 It was a day to remember how bits and pieces of indiscipline had punished us with 152 fatalities on June 3, 2015.

After the service was over, the site where people were charred became one huge dancing ground as highlife music pounded the environment close to the GCB Tower.

Like a pendulum, the mournful mood swung into merry mode. The partying was eruptive as the gas explosion on June 3,2015. The once tearful people became one happy people. They danced on the site where the stench of death was heaviest.

Ghana? So when will we stop dancing and start thinking?