Fire kills father; 4 kids, and two others at Asante Mampong 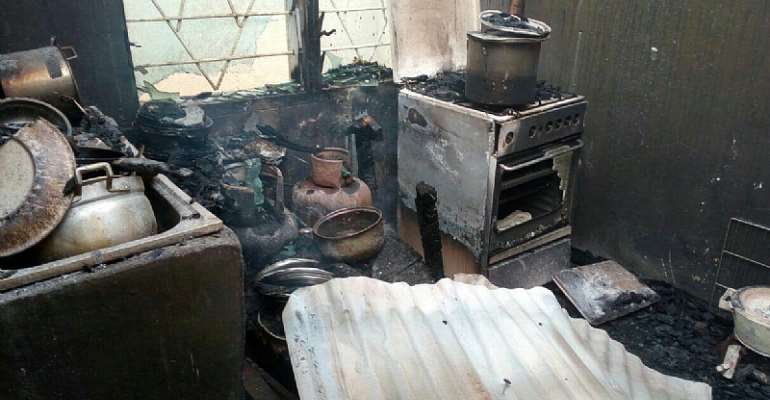 Seven people have been confirmed dead after fire gutted the house they were sleeping in at Worakese in the Asante Mampong district of the Ashanti Region.

The seven included a 2 year-old.
According to eyewitnesses, the victims could not be rescued from the burning house because of the burglar proof installed on their windows and doors, which prevented people from breaking in.

They said the fire started around midnight and trapped a father and his four children along with two others who were visiting.

The landlady of the house, one Elizabeth Amoah, told the media she heard screams for help from some bystanders at around and subsequently called the Ejura and Mampong fire offices for assistance.

She also mobilized some neighbors to try and break into the house to rescue the seven but they were unsuccessful owing to the intensity of the fire and the burglar proof.

By the time officials from the Mampong fire office arrived, the seven were already dead.

The bodies were burnt beyond recognition and have since been deposited at the Mampoase Hospital morgue.