ADB To Offer Another Opportunity To Investors 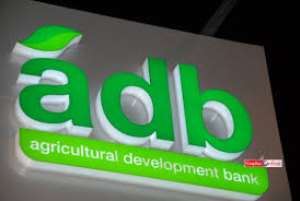 ADB is preparing to offer another opportunity to investors, customers and the general public to be part owners of the bank as it has rejected the price offered by prospective buyers of its first initial public offer (IPO).

It stated in a statement that rejected the offer of GHC2.00 by the buyers of its share assuring the investing publics that, “another opportunity will soon be presented to them to be part owners of this bank which has a huge potential”.

Accordingly, the Director-General of the Security and Exchange Commission (SEC), had insisted that, the intention of the bank would require the submission of a new offer document to the SEC for approval.

However, some investors have expressed surprise at the decision by the ADB to reject applications for its shares under banks’ IPO, citing the government’s invisible hands in the cancellation.

The management of ADB last week communicated its decision to reject applications for its shares after some investors offered to purchase shares at GH¢2.00 each instead of the GH¢2.65 per share under its IPO.

This has compelled the Securities and Exchange Commission (SEC) to direct IC Securities, the transaction advisors, to ensure that all monies received in respect of the offer are returned to applicants.

A statement issued in Accra by the SEC and signed by its Director-General, Dr Adu Anane Antwi, said the order was in line with provisions under paragraph 1.7 of the ADB prospectus and in accordance with section 284 of the Companies Act, 1963 (Act 179).

But insiders who applied for the ADB shares said they were surprised at the turn of events since the Prospectus for the Offer made provisions for investors to conduct their own due diligence and make bids they deemed was appropriate to compensate for a unit of the shares.

Meanwhile, ADB posted a loss of GH¢78.97 million, thus compelling investors who did due diligence to offer GH¢2.00 per share as a fair representation of the value of the ADB share.

Economy Times has the information that, apart from two institutional investors, the Social Security and National Insurance Trust (SSNIT) and the Ghana Cocoa Board (COCOBOD) which offered to buy the shares of ADB at GH¢2.65, all other applicants quoted GH¢2.00.

The Bank, last week, said in a statement signed by Board Chairman Nana Soglo Alloh IV that, “it wishes to bring to the attention of subscribers of its IPO, its shareholders, the investor community, customers and other stakeholders that it has “rejected offers made by all subscribers of its IPO at GH¢2.00 instead of GH¢2.65 as contained in its prospectus”.

“Following the bank’s rejection of offers made at GH¢2.00 and the directive from the Securities and Exchange Commission, the bank has directed IC Securities (Transaction Advisor) to return to applicants all monies received in respect of the offer.”

It said consequently, IC Securities will shortly issue a notice to subscribers of the IPO on the modalities for the refund.

The bank said it is desirous and determined to be part of the capital market through the listing of its shares on the Ghana Stock Exchange and is, therefore, in consultation with its shareholders, the Securities and Exchange Commission and other stakeholders to “re-launch its offer as soon as possible”.

Inferably, rejecting the GH¢2.00 offer, implies that the bank would be unable to satisfy the minimum subscription of GH¢100 million set in the prospectus to enable it to process the list on the Ghana Stock Exchange (GSE). Based on that, the SEC ordered the transaction advisors to refund monies to the investors as per the Securities law.

The sources, however, told the paper that the lower offer still represented an oversubscription and went past the GH¢100 million minimum capital that the bank was expected to raise through the IPO, hence they found the decision to reject and cancel the IPO rather suspecting.

The transactions advisors are preparing to engage the bank and the government before they go ahead to refund investors monies, in compliance with the directive of the securities industry regulator.