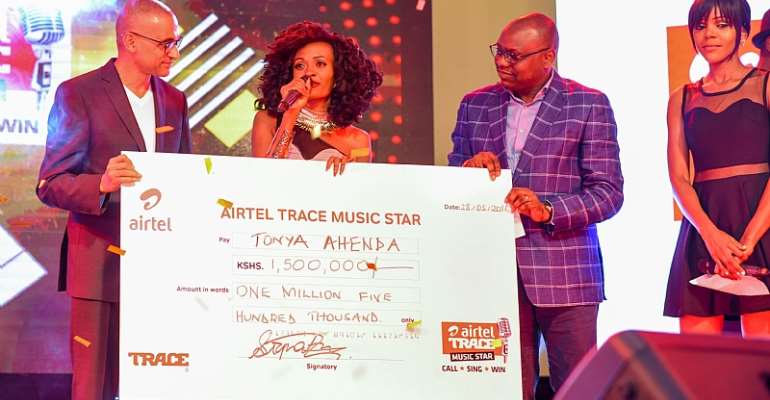 NAIROBI, 2 JUNE 2016:TONYA AHENDA joins a stellar cast of Africa's finest up-and-coming singing talent as the country winner of Tanzania. She will fly our flag at the continental finals of Airtel TRACE Music Star to be held in Lagos, Nigeria on June 11.

KENYAS top finalists battled it out in front of an stellar audience at the ENASHIPAI SPA AND RESORT for the honour of representing the country in Africa's most prestigious and biggest talent search competition. The panel of adjudicators comprised of well-respected vocal coach – ATEMI OYUNGU, Musician/choreographer KEVIN WYRE and Music Producer CHRIS ADWAR.

TONYA AHENDA, an accountant by profession emerged winner after performing “FALLING” by ALICIA KEYS. “I would like to thank God for the gift and talent he’s given me without him I wouldn’t be here, thank you TRACE and Airtel for the platform and opportunity, thank you judges for your time and input, to the contestants I wouldn’t have chosen a better team than this” said TONYA after her victory. “My coaches ATEMI and WYRE have also offered to give me free lessons as I prepare for the Pan-African finale in Lagos”.

TONYA won a cash prize of 1.5 Million and a chance to represent Kenya at the grand finale to be held in Lagos Nigeria where she will go head-to-head with 9 other contestants from across Africa to win the coveted Ariel TRACE Music Star 2016 prize. On the other hand, ELIVIS KOSISO who came in as first runner up took home a cash prize of Kshs 100,000 with CIANO MAIMBA bagging Kshs. 50,000 as second runner up.

Airtel TRACE Music Star brings talented and ambitious young Africans closer to their dreams. To enter, all you have to do is Call. Sing. Win. Congratulations TONYA!

To vote for your candidate visit: www.tracemusicstar.com 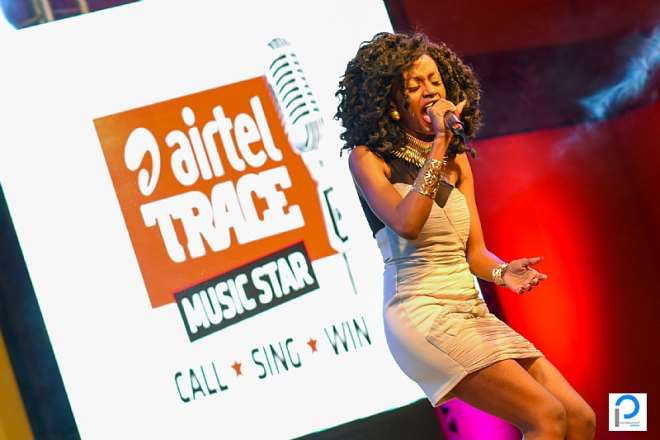