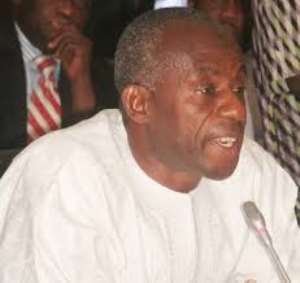 From Michael Boateng, Sunyani
Information gathered by The Chronicle from the Atebubu/Amantin District of Brong-Ahafo indicates that some irate women from the Atebubu town besieged the premises of the District Assembly, amidst singing and chanting, in protest against a meeting purported to have been called to confirm the nominated DCE, Eric Osei.

The women had earlier invoked curses on anyone who might try to impose on the district a DCE without using the proper channel. According to the women, the security situation in the district has been volatile since the NDC Parliamentary primaries and the sacking of the District Chief Executive, Sampson Owusu Boateng from Office, after he was forced not to contest the incumbent MP, Sanja Nanja.

The women had a hint that a meeting to confirm Eric Osei on Tuesday, May 31, 2016, had been arranged by some leading members of the NDC in the region, after the Presiding Member had turned down such a request. Aside the protest by the irate women of Atebubu, majority of the Assembly members also issued a statement objecting to the meeting because the invitation letters were signed for the Acting DCE by an administrative Assistant.

In the statement jointly signed by 29 members out of the 35 members of the Atebubu/Amantin Assembly, they stated that the District Coordinating Director and the Presiding Member of the Assembly have been sued in Court by two Assembly members for failing to summon a meeting to confirm the President's nominee.

Therefore, the Assembly being an agency of the government should uphold the law and respect the court. They indicated that since the matter was in court, honoring the meeting would amount to condoning and conniving with an illegality, therefore, there was no way they would attend the said meeting.

The Assembly members again disclosed that a joint DISEC recommendation of April 1, 2016 revealed that Atebubu/Amantin and its surrounding towns are still very volatile and therefore not conducive for the organization of any intended confirmation of DCE. They stated that aside the inaugural meeting, all other meetings are supposed to be convened by the Presiding Member, therefore, the said letter signed for the DCE by the Assistant Director  inviting the Assembly members for a discussion has an ulterior motive and therefore it is illegal.

According to the Assembly members, they are law abiding citizens of Ghana and must not be seen flouting the court rules and the laws of Ghana. “We have therefore resolved not to attend the said meeting,” they emphasized. They stated that the chiefs of Atebubu/Amantin District and some women groups have invoked curses on all Assembly members and anybody who attempts to organize such meeting and vote.

Finally they stated that as Assembly members, they are interested in the peace and development of the district and, therefore, appealed to the Local Government Minister and the Brong-Ahafo Regional Minister to resolve the outstanding issues with the traditional authorities and other stakeholders in order to organize the meeting for the confirmation of the DCE through the legal way.