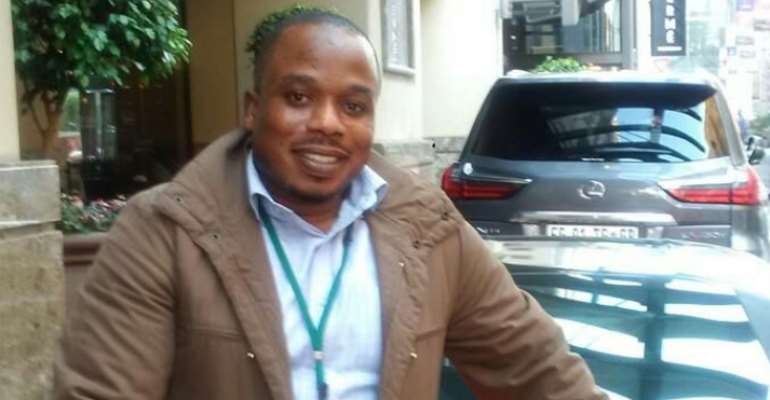 The police are on the hunt for a man who allegedly posed as a national security operative at the Office of the President to defraud a businessman of GH¢216,300.

The Criminal Investigations Department (CID) at the police headquarters in Accra, which is handling the case, said the suspect, Benjamin Bluwey Quashie also known as Dr Benjamin Quashie, used the names of top officials of government and the ruling National Democratic Congress (NDC) to facilitate his activities.

Among the names were the Chief of Staff, Mr Julius Debrah; a Presidential Staffer, Dr Clement Apaak;  the General Secretary of the NDC, Mr Johnson Asiedu-Nketiah; the Greater Accra Regional Minister, Nii Laryea Afotey Agbo, and Colonel Mbawine Atintande, a former Director of Public Affairs of the Ghana Armed Forces, who later worked briefly at the Flagstaff House.

Complaint
Assistant Superintendent of Police (ASP) Joseph Benefo Darkwa, the Public Relations Officer (PRO) of the CID, said the businessman  (name withheld) lodged a complaint with the police against the suspect.

Earlier, the businessman had reported the matter to the Citizens Complaints Centre at the Presidency following which the centre referred the case to the CID.

The PRO quoted the businessman, who is a contractor and estate developer, as saying that a surveyor at the Survey Department introduced Quashie to him.

The surveyor had claimed Quashie was a Bureau of National Investigations (BNI) operative working at the Flagstaff House and capable of assisting him (businessman) with the registration of his parcel of  land at Kpone-Katamanso.

Having believed the surveyor, Quashie demanded GH¢2,900 from the businessman for the registration.

Later, the suspect managed to convince the businessman to give him GH¢162,200 to acquire three tractors, one pick-up truck, one KIA truck and a Land Cruiser for him in an auction, and again he failed to deliver the vehicles.

In February this year, Quashie again told the businessman of a forthcoming enlistment by the Ghana Armed Forces  and promised to help him, if he had some names to submit.

ASP Darkwa said Quashie charged the businessman  GH¢4,100 for each of the four names he brought and the victim  gave him part payment of GH¢12,300.

Other monies were later collected from the victim, and as Quashie failed to fulfil his promises, the victim became suspicious of his activities.

He later learnt that the suspect had travelled to South Africa.

Apaak denies
When contacted, Dr Apaak said he had no knowledge of the suspect.

He said his checks indicated  that the suspect was not a staff at the Flagstaff House.

Dr Apaak asked anyone who had been duped by the suspect to report the case to the Citizens Complaints Centre, which he heads, or to the CID for prompt action.