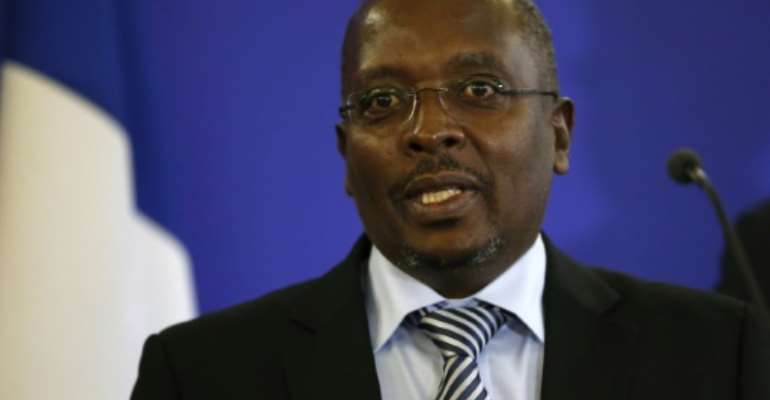 Nairobi (AFP) - The Burundi correspondent of Agence France-Presse and Radio France Internationale, who was tortured last year by security forces, received threats on social media Tuesday after being accused by authorities of "promoting crime and violence" with his coverage of the country's crisis.

Esdras Ndikumana, winner of France's diplomatic press prize in 2015, is considered one of the leading specialists on Burundi and is highly regarded across Africa.

Fearing for his life, the 55-year-old was forced to flee Burundi in August 2015 but continues to cover developments in the country from abroad.

On Monday night, General Alain-Guillaume Bunyoni -- minister of public security and second most powerful figure in the Burundian government -- launched an attack on the journalist, targeting him by name in a statement.

"The ministry forcefully condemns everyone who, knowingly getting ahead of the normal course of inquiries, devotes themselves to attributing every criminal act to whoever they want to justify their preferences, interests and thinly-veiled political convictions -- like the journalist Esdras Ndikumana and certain activists on social media -- with the goal of dividing Burundians and promoting crime and violence," Bunyoni said.

Burundi has been plunged into a deep crisis since President Pierre Nkurunziza announced in April 2015 that he was running for a third term. He was re-elected last July.

Marked by assassinations on both sides, attacks against the police and summary executions, the violence has left more than 500 people dead and forced more than 270,000 Burundians to flee the country, according to the UN.

Burundi's government has silenced independent journalists at home and regularly lashes out at the international media, accusing the press of being part of a "conspiracy" to overthrow it.

Ndikumana, who began working as Bujumbura correspondent for AFP in 2001 and for RFI in 2002, fled the country last August after being arrested by the security services.

He was beaten and tortured in detention.

RFI, AFP and Ndikumana have filed a criminal complaint over his mistreatment. So far, the complaint has not led to an investigation.