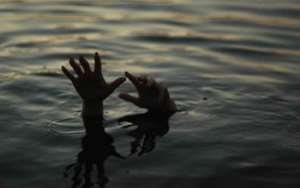 The death toll from the boat disaster on Sunday has risen to nineteen after thirteen more bodies were retrieved from the Volta River.

The boat, carrying about sixty people and traveling from Nantwekope to Yeji, capsized on the River Volta on Sunday.

Initial reports indicated that six children all under three years old, had drowned as their bodies were retrieved from the river on Sunday by a rescue team.

Subsequently, a total of 13 bodies have been retrieved; seven on Monday and six today [Tuesday], bringing the confirmed death toll to 19.

The Chairman of the Boat Union at Yeji, Noah Sarfo confirmed these developments to Citi News  adding that the rescue team is not expecting to find anymore bodies.

Listen to his account below:
Police investigating cause of accident
The Yeji District Police Commander, ASP Abraham Bansa, indicated to Citi News that investigations are ongoing to establish the cause of the accident.

This incident follows another in May , where about fifteen people were rescued in an accident involving a ferry heading towards Yeji.

In January , one person died while hundreds were rescued in February in two different accidents.