Does The Supreme Court Need To Make Its Judgments On Constitutional Issues More Clear? 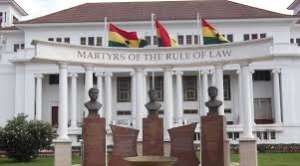 The Supreme Court, as the body charged with interpreting the Constitution, in a country where political parties seek to gain advantage over each other all the time – and over both simple issues and very complex ones – needs to be more aware, I believe, that its judgements on constitutional issues are not only for lawyers but also for the general public.

This discussion would not be necessary at all, were all lawyers in the country as brilliant as the judges of the Supreme Court. But some of our lawyers are not as “learned” as one would expect, and so do not advise their clients they have lost a case, when that is what has happened. When they are not successful in court, they resort to misinterpretation of judgements and other forms of obfuscation, to try and make their clients feel good.

If this happens in a suit that concerns private matters, its import is not too great, because the clients will learn, before too long, whether counsel's interpretation of a judgement is right or wrong. But where the issue concerns the Constitution, the true judgement of the Supreme Court ought to be widely known, because it is through interpretations made by the Supreme Court that the public becomes educated on constitutional issues.

Now, I am not a lawyer and I do not know too much about the case in which the Supreme Court was asked to adjudicate over the issue of the deletion of the names of persons on the electoral register, who used their National Health Insurance cards as identification cards when they registered as voters. But the bone of contention in the case was that even though the NHIS cards might represent a true likeness of the people who used it to register, they cannot be used for registration purposes because foreigners who have lived in Ghana for six months can also obtain NHIS cards. And if such cards were generally accepted for registration, the foreigners could register as voters by default.

The Supreme Court [apparently] decided that registration with NHIS cards could not be allowed and that those who registered with such cards should have their names deleted from the register. But to avoid disfranchising genuine Ghanaians who used their NHIS cards to register, such persons should be allowed to re-register, this time, using identity documentation to which foreigners are not entitled. I say “apparently” because I do not have the Supreme Court judgement before me as I write, and I do not want to misrepresent the judgement.

One would have thought that this was a simple enough situation: a case has been to court over the interpretation of the law regarding registration of voters. A judgement has been given on the issue by the Supreme Court, which is the only body empowered to interpret laws dealing with constitutional issues. Yet lawyers have been arguing back and forth on what the Supreme Court actually decided.

That's perfectly fine by me. Education can take place at any time. But to some people, the fact that Mr Justice Dotse responded to the question from a journalist confused by the furore over the issue, came as some sort of a surprise. A judge behaving like a human being and giving a straight-forward answer to a question asked him outside his court? It was “unethical”, they claimed.

That is, of course, a ridiculous notion. Many of us have urged the judges in our court system to act more like ordinary human beings and see things from the ordinary citizen's point of view sometimes, and not only from the point of view of legal complexities arising from the ancient principles that underlie the law. And a judge does just that – and lo and behold, some people attack him!

Nevertheless, because such mischief-making aimed at embarrassing judges does exist, would it not be prudent to create a situation whereby judges would not be required to explain outside their courts, the judgements they had given?

Remember I have said that I don't find anything wrong with a judge explaining things to those who ask for an explanation. Nevertheless, I think it would be a better situation, still, if the question of making an explanation did not arise at all to begin with. For there will always be lawyers who are dense; or lawyers who are mischievous and would like to discredit judges who find against them.

To remove this arguments from the theoretical level and to demonstrate that the issue is not as complex as it has been represented to be, I would like to quote the real-life experience of a lawyer who has argued cases before the Supreme Court, and was once presented with a judgement which his opponents misunderstood in precisely the same manner as the electoral register decision by the Supreme Court is currently being misrepresented by some lawyers:

QUOTE: “How such a simple decision can lead to such hot air and empty heat, amazes me. Real practitioners before the Supreme Court know that when the judges have done ALL the talking, the President of the panel then does the most crucial part of the judgement: the“ORDERS.” Often, that is agreed to in chambers before they come to sit to read the judgement. Sometimes, the President [of the panel] writes it in open court. Then, after he has read it, he passes the big book to the rest of the panel, who read it there and SIGN it, to signify their support of the “Orders”. At that point, the Court is united, whether they were unanimous, in the majority or the minority [to begin with.] That's the arithmetic total of the matter. That's what matters. The rest of the judgement is for other cases, and the classroom, to refer to and debate!

“It is the “Orders” that are enforced. And sometimes, I have seen “Orders” that may not completely... reflect the opinions read, but those are the “Orders” and you go with those. They are usually on another sheet [but] when people apply for copies of the judgement, they only focus on the reasons and opinions and forget to apply for the “Orders.” But that's the meat; the reliefs for the purposes of enforcement, which is why you go to court anyway.

“This is what has led many astray in this matter. And I have seen it [happen] in real life.... For me, the simple questions are what the court ordered and then asked the Electoral Commission to do: ..... First, the current register is not reasonably credible. Second, clean it by deleting [certain names]. Third, give the persons [whose names are] deleted, the chance to register. Whatever other reliefs the Court dismissed were simply that... dismissed. They don't matter any more, unless we are going again on the pointless journey of who WON and who LOST.

“How difficult is this, but for glorified inexperience captured in long articles that are regurgitated and praised by the similarly inexperienced, and the juju and tricks that we love to play!?” UNQUOTE

The lawyer who wrote this is Ace Anan Ankomah. If, as he points out, the “Orders” in court judgements are often given but escape the attention of the counsel of litigants, then maybe it would be generous of the Supreme Court to amend its way of doing things, so that litigants might be less confused? Maybe the “Orders” should be attached to the judgements automatically, and not have to be applied for separately?

I hope this can be considered, for, in the final analysis, no-one gains if a perfectly clear judgement becomes a political football, to be kicked hither and thither by persons who have an axe to grind.