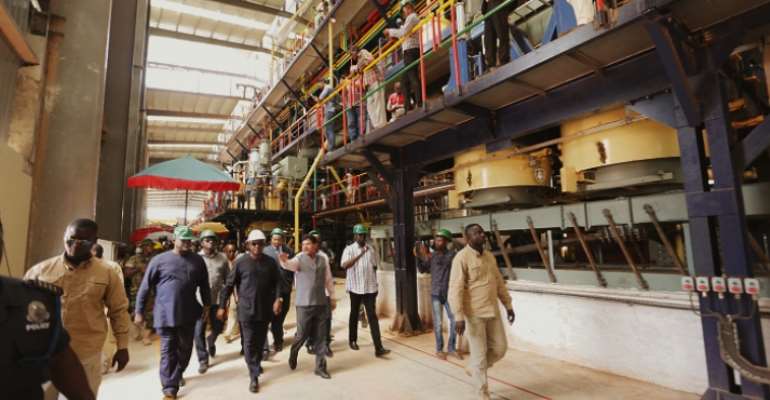 President John Dramani Mahama yesterday inaugurated the revamped Komenda Sugar Factory, saying the government is fashioning a national sugar policy that will create an enabling environment for the sugar industry to thrive.

The policy, he said, would help the sugar industry to contribute immensely towards the transformation of the economy and the acceleration of national development.

The policy, which is being prepared together with the Ministry of Trade and Industry, would help create an enabling environment for a competitive private sector-driven sugar industry to accelerate economic growth, he said.

Ghana spends more than $200 million on sugar importation annually and the Komenda Sugar Factory is expected to reduce this huge import bill on sugar.

The new factory is 25 per cent bigger than the old one which became defunct and has the capacity to crush 1,200 tonnes of sugarcane per day.

The Indian government provided a $24-million grant to support the government's effort at revamping the factory.

After sugar production, the accumulated residue of sugarcane will be used to generate three megawatts of electricity.

Two megawatts  will be used to power the factory, while the remainder will be added to the national grid for use by residents of Komenda and its environs.

The end product, after the production, will be stored in a 4,000 cubic metre molasses tank to be turned into alcohol, ethanol and industrial spirits to be utilised by hospitals and other institutions.

He said the sugar industry was a crucial one that had transformed several agro-economies globally and would be given the needed investment to support the transformational agenda of the government.

The President said the sugarcane industry had been the backbone of many economies across the globe in resource mobilisation, employment creation, the provision of improved rural infrastructure and accelerating the growth of those economies.

He expressed worry that the country spent more than $200 million to import sugar annually and said the national sugar policy would help Ghana exploit the fortunes of the sugar industry.

Savings
President Mahama said the Komenda Sugar Factory was to save the nation millions of dollars used to import sugar into the country, adding that the revamping of the factory was part of the government's agenda of transforming the country.

He said the closure of the factory and others such as the Asutsuare Sugar Factory had a negative toll on the communities where they were sited and the country in general.

He said it was important that Ghanaian investors, in particular, took advantage of the Komenda Sugar Factory and others that would soon be revamped to help build a stronger sugar industry and economy.

"Every single grain consumed over the last 30 to 40 years in the country has been imported from outside," he said, adding that the revamping of the factory would save the country hard-earned foreign exchange used in importing sugar. 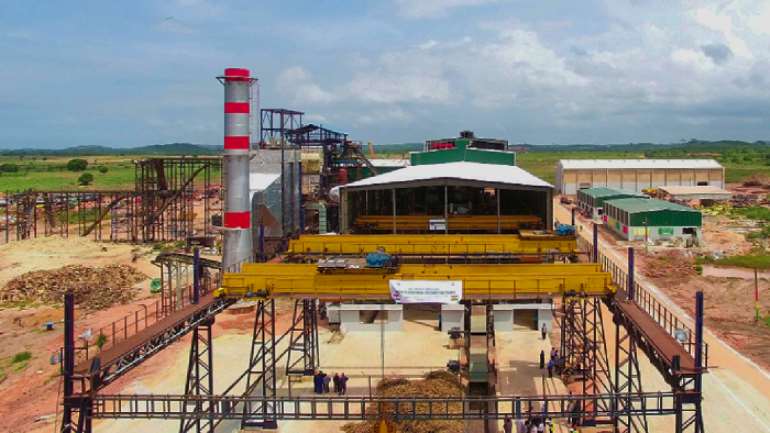 Maintenance
President Mahama called on all stakeholders to ensure that the factory was properly maintained and to prevent it from collapse, saying many factories had collapsed because of poor maintenance culture.

He commended the Indian government for the support to help sustain the factory.

He called on all sugarcane farmers in the factory's catchment area to send their produce to the factory.

Komenda back to life
The Paramount Chief of the Komenda Traditional Area, Nana Kwodwo Kru, said Komenda which virtually died with the closure of the factory some years back was "back to life".

He called on the government to ensure that working irrigation systems were set up to help sustain farms to feed the factory.

He also called for loans for outgrower farmers to ensure the constant supply of raw materials to the factory and the construction of feeder roads for easy access to the farms.

The Minister of Trade and Industry, Mr Ekwow Spio-Garbrah, advised all stakeholders to help ensure that the factory  attained its goals.

The Chief of Staff at the Indian High Commission, Mr Pradeep Gupta, said the factory was a symbol of Ghana/India cooperation and expressed optimism that bilateral cooperation between the two countries would deepen.