Media must be blamed for Northern conflicts - DCOP Yeboah 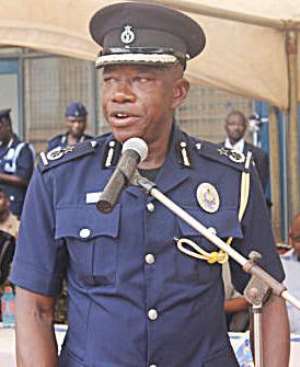 He said some journalists report stories relating to violence and conflicts in the area without doing proper investigations, saying: 'Sometimes the security will rush to the scene only to realise that what is reported is untrue.'

Speaking at the launch of the Northern Regional Election project, organised by the National Media Commission (NMC), with support from STAR -Ghana, DCOP Yeboah said due to the false publication, it has made the work of the police in the region very difficult.

The project, formed part of measures to improve media regulation in the regions for peaceful election 2016 polls.

The project would be undertaken in all regions by the Media Advisory Committees on behalf of the NMC to ensure a peaceful and professional reportage for the 2016 polls.

STAR-Ghana, a multi-dollar pull funding organisation is funding the project and implemented by the NMC.

DCOP Yeboah noted that, peaceful co-existence should be paramount to the media to safeguard the reputation, dignity and respect of the society for future generations.

He expressed worry over the misuse of social media, explaining that if not checked, it could pose serious threat to the security of the nation especially with the upcoming elections.

Mr George Sarpong, Executive Secretary of the NMC indicated that the region, has peculiar historical antecedent that could promote positive peace among the citizens.

He said the region is extremely important in terms of political activism and appealed to the media to effectively collaborate in sustaining peace during and after the 2016 polls.

Mr Sarpong said the political party colours have become a bargaining power in exchange of justice in the country.

This, he, said is injurious to a healthy social system.

He urged stakeholders to desist from using political and religious affiliations in escaping from justice.

Mr George Debrie, Chairman of the Northern Region Media Advisory Committee, who chaired the function, said peace is a collective responsibility of stakeholders and appealed to all, to work towards sustaining the prevailing peace.