One dead, 16 injured in shooting at Kafaba 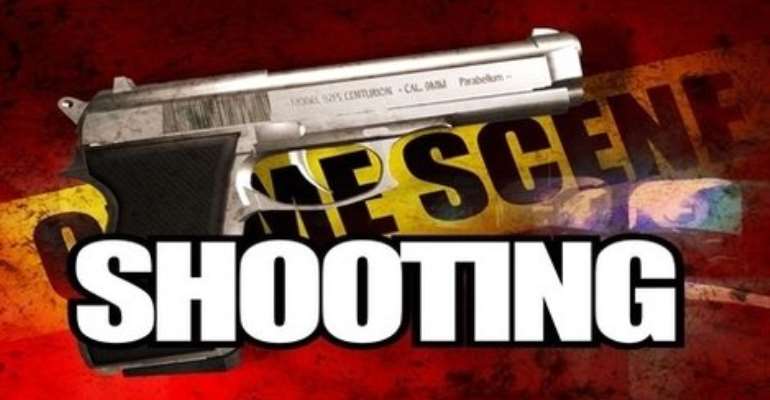 By Albert Futukpor, GNA
Tamale, May 30, GNA - A three-year-old boy has been killed, whiles 16 others have sustained various degrees of injury following a shooting incident on Saturday night at Kafaba, a village near Salaga in the East Gonja District of the Northern Region.

Ten of the victims are receiving treatment at the Salaga Government Hospital whiles six others, who were in critical condition, have been transferred to the Tamale Teaching Hospital (TTH).

Deputy Superintendent of Police (DSP) Mr Ebenezer Tetteh, Public Relations Officer of the Northern Regional Police Command, who confirmed the incident to the Ghana News Agency in Tamale on Sunday, said police believed the shooting was in connection with a chieftaincy dispute in Kafaba.

DSP Tetteh said there were two claimants to the Kafaba Skin and that one of the claimants planned to outdoor himself as the chief of the area on Sunday, adding this might have been the cause of the shooting.

He said security had been beefed up in the area to maintain law and order.

Dr Annette Cournooh, Medical Officer at the Accident and Emergency Unit of the TTH told the GNA that the condition of the victims on admission had been stabilized, and that they were responding to treatment.

Dr Cournooh said one of the victims sustained a severe head injury, adding a CT scan would be run on him to inform further medical processes.

Iddrisu Nurudeen, one of the victims on admission at TTH, who sustained injuries on his upper limb, said he was caught up in the shooting incident after he was leaving the Kafaba Chief's area.

He said the gunshots caused fear among the residents, some of whom were watching a UEFA Champions League finals football match on television behind the Kafaba Chief's palace, and had to run for their lives.