Fake doctor arrested for practising without certificate for 2 decades 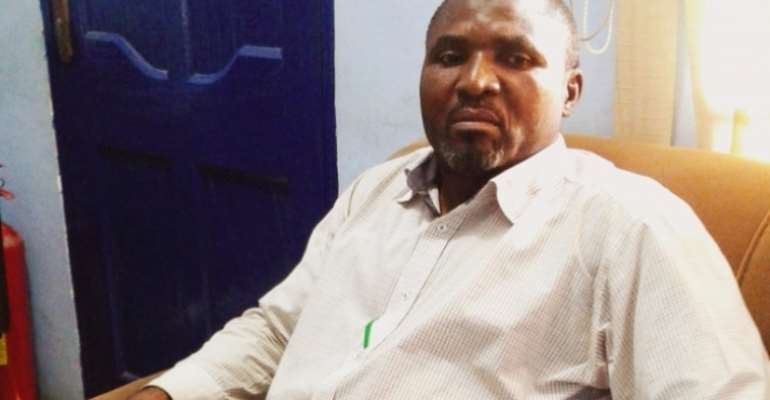 A quack doctor, believed to have practised for more than two decades without a licence and a certificate, has been arrested at Madina, near Accra, where he operated a healthcare facility from a compound house.

The fake doctor, who gave his name as Dr Adams Arimeyaw and is believed to be in his mid-50s, was operating the healthcare facility, 'Covenant Clinic,' in unhygienic conditions which posed a health risk to his clients.

He was arrested during a special exercise by the Medical and Dental Council's investigative team, with the assistance of the Madina Divisional Police.

For the past one month, the team has been visiting a number of heath facilities in Accra.

Arimeyaw reportedly claimed he was trained in Europe but could not mention the particular medical school he attended, the country where it is located and was also inconsistent with the year he graduated.

Items found
Apart from operating as the medical officer in charge of the clinic, Arimeyaw also acted as a pharmacist and laboratory technician.

Additionally, he could not produce the two nurses he claimed assisted him with his work.

A search conducted at the facility revealed that medicines were not properly kept and some of them did not have labels.

The team also found a large quantity of pregnancy test kits and hundreds of used and unused syringes and needles in one of the rooms.

Additionally, it was revealed he boiled water with a kettle on a gas cylinder and used that as a sterilizer.

Three cubicles with the inscription 'recovery room' had six beds which looked like delivery beds and four broken-down wheelchairs. 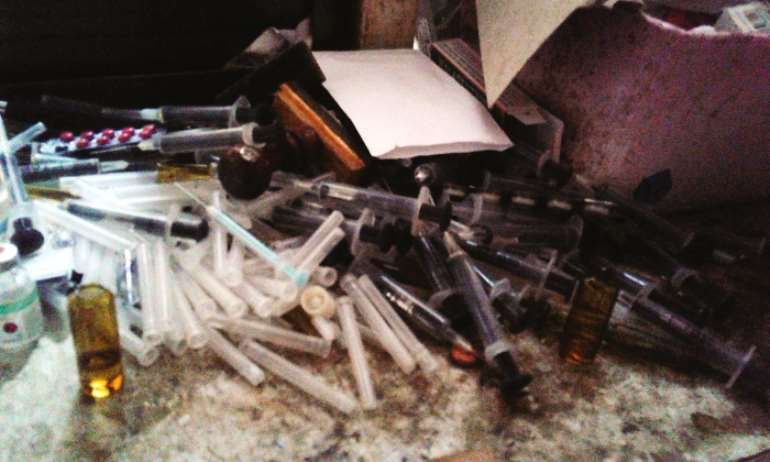 Syringes found at the clinic

Folders believed to contain the records of patients who patronised the clinic's services were inappropriately kept.

Unkempt condition
Confirming the arrest of the alleged quack doctor, the Registrar of the Ghana Medical and Dental Council, Dr Eli Kwasi Atikpui, said the suspect was arrested last Thursday and handed over to the Accra Regional Police Command.

He also said apart from the insanitary conditions at the clinic, the doctor could not produce any certificates to back his claim that he was a certified medical practitioner.

The clinic has, therefore, been locked up and the keys handed over to the police.

Dr Atikpui said during interrogation, it was found that the suspect did not even know about the existence of the regulatory body.

'I am amazed people could walk into such a facility to receive health care,' he said, and advised the public to assess the environments of the health facilities they patronised.

He explained that the exercise was not only meant to expose and arrest quack doctors, but also aimed at arresting medical practitioners who had not renewed their registration with the council over the years. 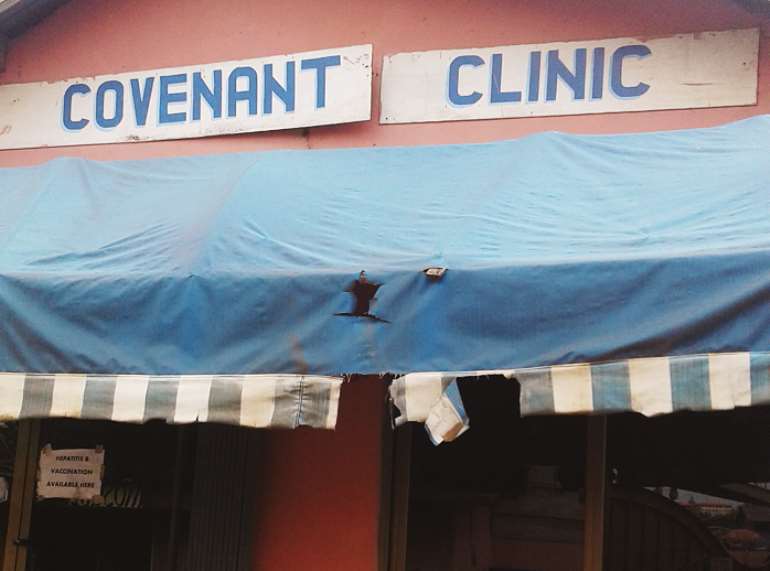 Dr Atikpui said the special exercise would be completed in Accra by July 2016 and replicated in the other regions.

He appealed to corporate organisations to assist the investigative team with logistics to enable it to rid the system of the quacks.

A police source told the Daily Graphic that investigations were ongoing and that the suspect would be arraigned soon.

U/E: I'll Restore Jobs Of Collapsed Banks’ Staff Who Were La...
12 minutes ago