Shipwrecks ‘kill up to 700 migrants’ 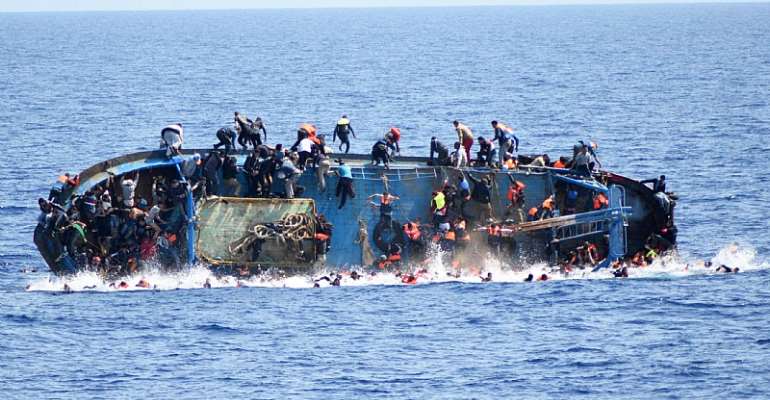 Up to 700 migrants are feared drowned in a series of shipwrecks off the coast of Libya in the last few days, the UN refugee agency says.

The boats sank south of Italy on Wednesday, Thursday and Friday as the migrants tried to reach Europe in unseaworthy vessels.

Spring weather has led to a surge of people attempting the perilous crossing from Africa to Europe.

It is now a key migration route since a deal curbed numbers sailing to Greece.

Carlotta Sami, spokeswoman for UNHCR, gave details of the shipwrecks:

Meanwhile, the MSF Sea group suggested the death toll from the last week could be as high as 900.

Survivors are being taken to the Italian ports of Taranto and Pozzallo.

Meanwhile, the Italian authorities have said the rescue of more than 600 migrants off Libya on Saturday by a flotilla of EU ships took the weekly total to at least 13,000.


Weekly boat rescues reach 13,000
The rescues were the latest by a multinational patrol of ships operating in the Mediterranean.

Carlotta Sami told the BBC: “[One of the most worrying things] is that all these ships have left together in just the last few days.. it has put rescuers under severe pressure.”