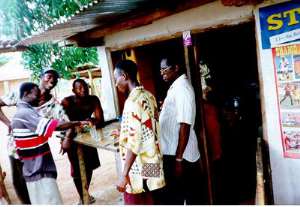 MONDAY, Jan. 3 -- Moderate drinking has been associated with a lower risk of heart attacks, but the picture has been less clear in the case of stroke.

Now, a new study points out just how moderate your drinking has to be to protect against a brain attack: It should be no more than one drink every other day, and the libation of choice should be red wine.

Consuming more alcohol than that will invite cardiovascular trouble, the researchers said. For men who drink three or more glasses of alcohol a day, the increased risk of stroke reaches almost 45 percent, compared with nondrinkers, according to the report in the Jan. 4 issue of the Annals of Internal Medicine.

"There has been an assumption that moderate drinking prevents heart attacks and prevents strokes," said study author Dr. Kenneth Mukamal, an associate professor of medicine with Harvard Medical School. "In the last few years, it has become increasingly clear that that might not be the case for stroke."

Over 14 years, Mukamal's team collected data on 38,156 men who participated in the Harvard School of Public Health's Health Professionals Follow-up Study. Every four years from 1986 to 2000, the men completed questionnaires about their diet and how much they drank.

Men who drank one drink every other day had the lowest risk -- 32 percent lower than that of nondrinkers. Men who drank three or more drinks a day had about a 42 percent higher risk than nondrinkers, Mukamal said.

"It is clear that there is a delicate balance between alcohol use and stroke," Mukamal said.

"The amount of alcohol at which that lower risk may occur is lower than it is for heart disease," Mukamal said. "One drink every other day is where we begin to see the lowest risk for heart disease, but that is the only amount that was linked to a lower risk of stroke."

Moreover, the protective effect from drinking is not as great for stroke as it is for heart disease, Mukamal added. Although moderate drinking does not necessarily increase the risk of stroke, it is not clear that it reduces the risk.

Furthermore, any beneficial effect from alcohol was confined to drinking red wine, Mukamal said. "In the past, we hadn't seen an advantage of one beverage type over another," he said. "In this case, clearly red wine had a different relationship with stroke. The more red wine men drank, the lower the risk for stroke."

Mukamal speculated that these findings would hold true for women.

This study emphasizes the importance of asking your doctor about how much you should drink, Mukamal said. "These results suggest that there is a very delicate balance between how much alcohol people drink and what happens to their risk of stroke," he said.

"Nobody should take up drinking to prevent stroke on the basis of results like ours," he added. "People who are drinking more than recommended amounts should have good reason to quit."

"This study helps confirm some of the connections between slight to moderate drinking and no effect on the risk of stroke," said Dr. Ralph L. Sacco, associate chairman of neurology and director of the Stroke and Critical Care Division at Columbia University College of Physicians and Surgeons.

"Our own studies have found that heavy drinking increases the risk of stroke," Sacco said. "If you are drinking one to two drinks a day, the good news is that there is no increased risk of stroke, and there may even be some protective effects."

However, this study adds to the growing evidence that drinking more than two drinks a day could put you at an increased risk for stroke. "And you need to cut back immediately," Sacco stressed.

The American Stroke Association can tell you more about stroke.

Marrying Two Wives Has Made Me Calmer, Marry Two Wives Or Mo...
2 minutes ago

Use Tema Interchange Responsibly – Akufo-Addo To Motorists
1 hour ago