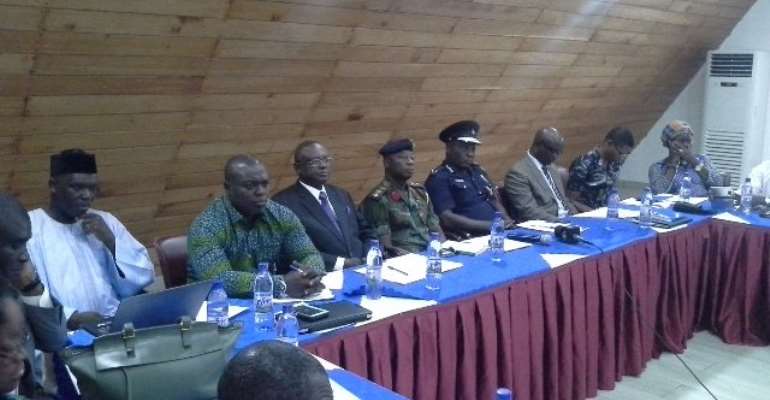 The country’s major political parties have appealed to government to better equip security agencies to stop the inflow of illegal weapons.

They are asking government to provide the Immigration Service with the needed equipment such as scanners and metal detectors on the country’s borders to effectively play this role.

There have been a number of arms seizures by security agencies since the beginning of the year in the Western, Volta, Ashanti and Brong Ahafo regions. Some of these weapons were being smuggled in from Cote Divoire and Burkina Faso.

The political parties are also calling on government to empower the Small Arms Commission to effectively monitor arms import. 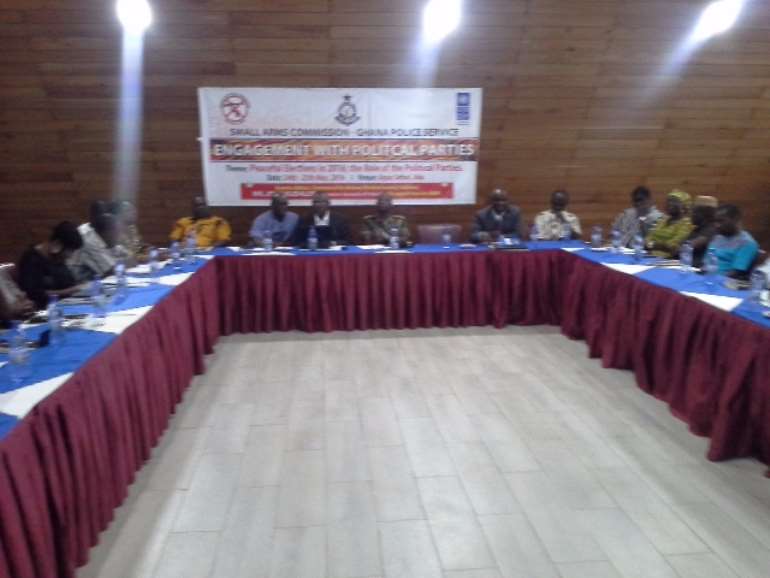 The demands were contained in a two-page communiqué issued at the end of a two-day forum on armed violence in elections in Ada organised by the Small Arms Commission and Police. The forum was under the theme: “Peaceful General Elections in 2016; the Role of the Political Parties.”

At the end of the two-day workshop, participants agreed and made the following commitments:

B. PROVISION OF POLICE BODY GUARDS TO PRESIDENTIAL CANDIDATES

8. That the Ghana Police Service shall provide security to all duly elected Presidential and Vice Presidential candidates provided a formal request is received from a political party.

9. That all political parties shall take immediate steps to engage the police on the selection and assignment of police personnel they need as bodyguards by 8th June, 2016 or thereafter.

C. GOOD GOVERNANCE
We recognize:
11. To eliminate the current institutionalized exclusion of governance and allow other political parties and groups to participate and share their ideas and aspirations in the governance of the State, steps should be taken in medium term to reexamine the winner-takes-all system of governance by opening the political space for participatory democracy to thrive.

D. CURBING THE PROLIFERATION OF SMALL ARMS AND GUN CONTROL

We urge:
12. That state security agencies should work with all stakeholders to identify illicit weapons in the country and take immediate steps to curb the supply of such weapons and ammunitions into the country.

13. That the State Security Agencies to apply the laws governing the abuse of arms fairly and firmly to all manner of persons who are found breaking the laws irrespective of their political affiliation.

E. EFFECTIVE BORDER CONTROL
We call:
14 On the Government to strengthen the border management security institutions by providing them the needed equipment such as scanners and metal detectors that will facilitate their effort in identifying smuggled weapons into Ghana.