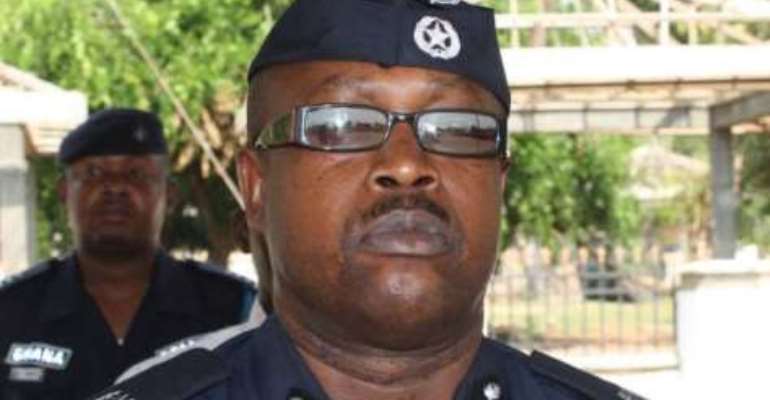 The Ashanti regional police have promised to investigate the circumstances under which a twenty-two-year old man was allegedly beaten to death by police in Krofrom.

The deceased, Osei Tawiah was allegedly beaten to death on Thursday after the Police men on patrol duties allegedly mistook him for a criminal.

This forced angry youth in Krofrom to stage a demonstration against the police today [Friday], demanding that justice.

Addressing the crowd, the Ashanti Regional Police Commander, DCOP Kofi Boakye said if the autopsy report proves that the deceased was indeed shot by the Police, “I will personally lead the investigation to the Police officers arrested and charged with murder.”

He also called for calm urging the residents to desist from taking the laws into their hands.

“We should not do anything to mar the peace residents of Krofrom are enjoying. So I will urge all of you to exercise restraint because we are doing our best. Taking the laws into your own hands will not solve the problem. I assure you that we will get to the bottom of this matter.”

Tawiah killed
According to the residents, the Police in a swoop on Thursday evening arrested Tawiah and in the process beat him to death.

Speaking to Citi News, brother of the deceased, Andrews Osei Mensah said the incident happened around 7pm on Thursday .

Andrews Mensah said he and his 27-year old brother were buying food at a place near Nana Fuduo's palace and saw some guys on motorbikes speeding off.

“After five minutes we saw a police patrol car from Asawase Police station running after us. They were shouting stop stop, where are you going. So everyone begun running for their lives. They [Police] managed to pick up my brother and beat him to death,” he added.

Citi News' Ashanti Regional Correspondent, Hawa Iddrisu earlier reported that the angry residents took to the streets, blocked some roads and burnt car tyres at various places in the town claiming they will demonstrate until the Police officers involved are identified and punished.