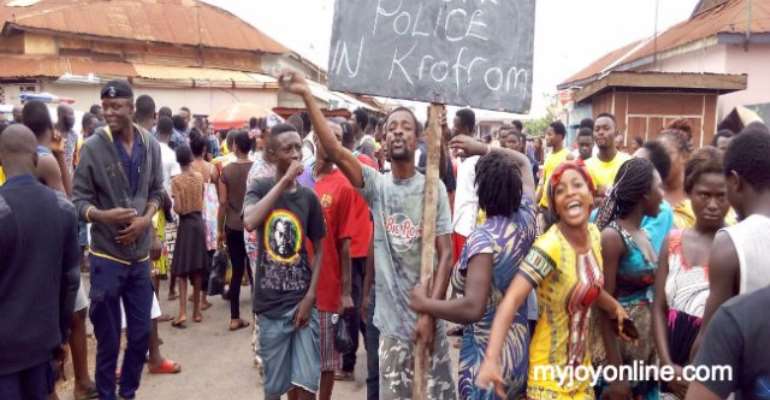 Over 200 residents of Nana Fodoo Krofrom in the Ashanti Region are protesting the gruesome killing of a 22-year-old man by the police in the region.

The victim, Tawiah is reported to have been beaten to death by some policemen with the butt of a gun on Thursday, May 26.

Narrating the incident to Joy News’ Erastus Asare Donkor, an eyewitness said the police were chasing two men who were on a motorbike. The deceased was then inside a public toilet when he rushed out to meet the scene.

The eyewitness said the police immediately started beating him with the butt of their guns as well as using tasers to subdue him.

He said not even the pleas of some residents for the police to handle the matter maturely received attention.The police continued their assault until Tawiah dropped dead.