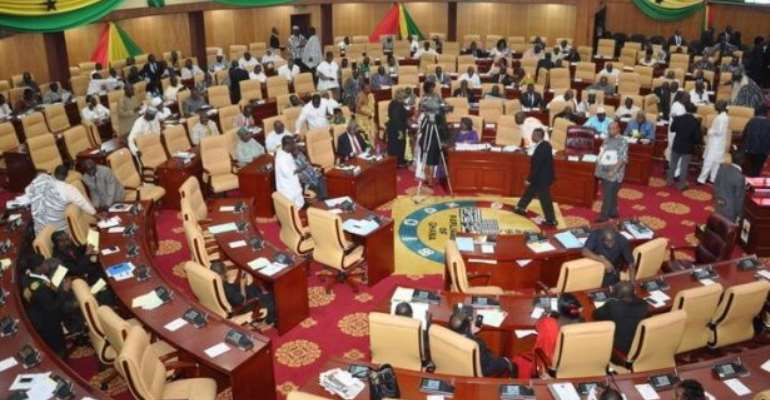 Members of Parliament are calling on the country's security chiefs to re-evaluate Ghana's internal security situation, following the bloody killing of Joseph Boakye -Danquah Adu, a former NPP member for Abuakwa North, and the recent attack on Dan Kwaku Botwe, another NPP MP for Okere, at his residence.

These concerns were raised following a statement made on the floor of the House by Member of Parliament for Subin in the Ashanti Region, Isaac Osei regarding the increase in robbery cases as well as clashes between nomadic herdsmen in Tafo and Agogo among others.

Their concerns come days after the Speaker in Parliament Edward Doe Adjaho urged members of the House to take adequate measures to enhance their personal security.

According to him,  every member is under obligation to take necessary security precautions in their homes.

“Honourable members, leadership is extremely concerned about the recent spate of attacks on members of this august House,” he said.

But speaking on the floor of the House, the Deputy Minority Leader, Dominic Nitiwul said the law enforcement agencies rather have the responsibility to quickly step up security in country and not  MPs.

“You will put all the metal gates , the metal irons. You will put whatever you want to put and you will still feel unsafe in your own house. It is unfortunate. The primary responsibility of any government or any state institution, particularly the security forces is to protect lives and properties and so I fully endorse the statement by Hon Isaac Osei that as a state we should re-evaluate our personal security and take it extremely seriously.”

“If we have to ask the assemblies as a government policy , to buy CCTV cameras and put it in all the areas that we suspect people will commit crimes, we should do it.”