Oil hits $50 a barrel for first time this year 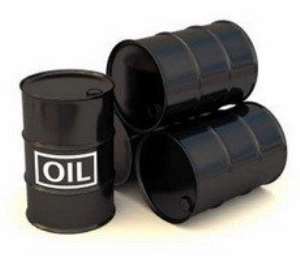 The price of oil has gone above $50 a barrel for the first time in 2016 as supply disruptions and increased global demand continue to fuel a recovery.

The rise followed US data on Thursday showing that oil inventories had fallen, largely due to supply disruptions following fires in Canada.

Canada is the biggest supplier to the US and wildfires in the western provinces have knocked out about a million barrels a day.

Short-term disruptions to oil supplies have also lifted the price, as they have offset higher production from Iran and Saudi Arabia.

As well as the disruption to key oil production facilities in Canada, attacks by militant groups continue to restrict oil pipelines in Nigeria.

Demand has also been better than expected from major economies such as China, India and Russia. 'Surprises'

Against this improving backdrop, analysts are starting to modestly raise their forecasts.

Goldman Sachs said earlier this month that it now expected oil prices to consistently hit $50 a barrel in the second half of 2016 and $60 by the end of 2017.

The US bank said: "The oil market continues to deliver its share of surprises, with low prices driving disruptions in Nigeria, higher output in Iran and better demand.

"With each of these shifts significant in magnitude, the oil market has gone from nearing storage saturation to being in deficit much earlier than we expected." Recovery

In a sign of growing confidence, oil companies have also started preparing for higher prices.

Also last month US oil producer Pioneer Natural Resources announced plans to add up to 10 new rigs when the oil price recovers to $50.

Adam Laird, an investment manager at Hargreaves Lansdown, told the BBC: "This is an area that's been starved of resources and investment and that psychological barrier [of $50] could be enough to make some executives reassess."

However, Mr Laird cautioned the price volatility was likely to continue. "It's too early to say this is the beginning of the big rebound," he said.

Abhishek Deshpande, an oil markets analyst at Natixis, agreed and said: "We believe that the market is going up, but if it goes too quickly there will be auto-corrections."