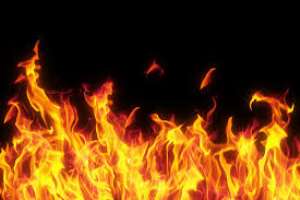 Half-Assini, WR, May 25, GNA - Four persons were rendered homeless and their personal belongings costing several thousands of Cedis destroyed, when fire guttered their two-bed room building, constructed with local materials, at Anlomatuope, near Half Assini.

Mr Dodzi Akligo, one of victims who is the head of the family, told the Ghana News Agency that he had reported the incident to officials of National Disaster Management Organisation's (NADMO), District office at Half Assini.

The cause of the fire is not immediately unknown, but the victim said he suspected an electrical fault.

Mr Akligo said he was at the beach at about 1630 hours, on Wednesday, May 18, to fish when he was told of the fire outbreak.

When he arrived there with his neighbours, he said, the fire had escalated, but they managed to prevent it from spreading to the nearby houses.

He said he was now living in a kiosk in the Community with his family, including two children, who were four and six.

He said NADMO was yet to go to their aid and, therefore, he appealed to philanthropists and benevolent organisations to help resettle them.

The Acting District NADMO Coordinator, Mr Augustus Arthur Quansah, who confirmed the incident to the GNA, said his outfit had no relief items at the moment to address such situations.

This is the sixth fire incident recorded in the District since the beginning of the year.