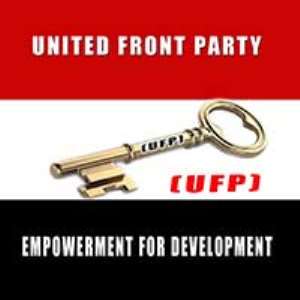 By Samson Adu-Poku, GNA
Kunsu (Ash), May 25, GNA - The United Front Party (UFP) has scaled up efforts at establishing strong presence across the nation by opening more constituency offices.

Nana Agyenim Boateng, the National Chairman, said it was now operating 155 offices and that it would continue to add to the number.

He was speaking at a ceremony held to hand over a 12-classroom block refurbished by the party at Kunsu in the Ahafo-Ano South District, to the community.

The occasion was also used to introduce the UFP parliamentary candidate for the Ahafo-Ano South West Constituency, Mr. Philemon Oppong, to the people.

Nana Boateng announced that it had already opened nominations for the election of the constituency, regional and national officers.

This would pave way for holding of party's congress to pick the flagbearer.

He told the people that the UFP was in for serious business and expressed confidence that it was going do well in the polls.

Industrialization, agricultural mechanization, education and job creation, would be the main pillars of its development agenda, if given the mandate to govern, he added.