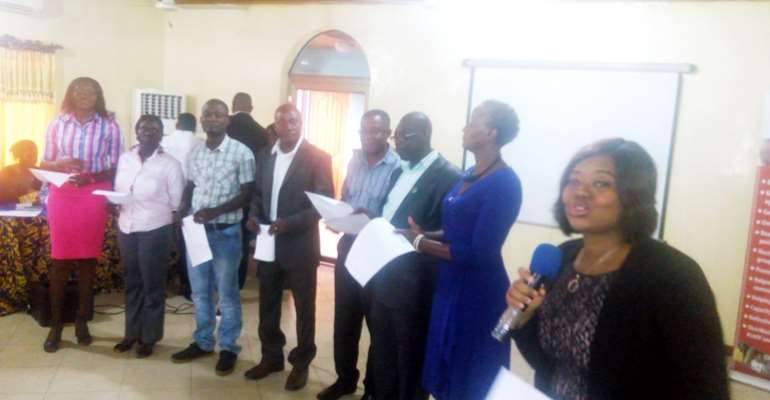 The 13-member board is expected to officially assume operations with the mandate of supervising the National Executive Committee [NEC] comprising four NEC members and 10 regional chairmen to meet quarterly to review their performance and decide what measures to adopt.

The President of NAP+ Ghana, Emmanuel Beluzebr, said,, the advisory board, where final decisions are taken, shall within its 4year term, monitor NAP+ programs and services across the entire nation and help to raise funds to support its activities.

Mr. Emmanuel Beluzebr added that by virtue of NAP+ Ghana constitutional mandate, the new board is expected to provide best advices on policy issues in relation to good government, advocacy and value for money.

According to the President of NAP+ Ghana, the key challenges facing people living HIV is stigmatization and discrimination by their own relations in the society.

He mentioned that with the arrival of the advisory board effort will be made to reduce the stigma and discrimination against HIV persons through public education and advocacy.

Mr. Beluzebr noted that measures such as the Community System Friendly program [CSF] has been taken to reduce the prevalent rate in the four affected regions namely the Greater Accra, Western Region, Ashanti Region and the Eastern Region.

He emphasized that the program seeks to collaborate with community members by equipping them with relevant information and the mandate to ensure that the rights and privileges of persons living with HIV are protected.

The President said the 2015 data shows that 350 Member Association have been registered with NAP+ Ghana representing 270,000 of persons living with HIV also registered under NAP+ Ghana.

He said the mission of NAP+ Ghana is to protect the nation from further infection through advocacy, information sharing, leadership, capacity strengthening and other relevant strategies and interventions.

Hellen Odido, Investments and Efficiency Advisor, UNAIDS, said Globally, results has revealed that over 15million HIV patients are on treatment whiles death of AIDS patients has also been reduced by half the figure.

According to her, there have been positive gains around the global world however, there are a lot of gaps and challenges confronting people in term of behavioral change in the West Africa.

She mentioned the blatant disregard for the use of condoms has made it very difficult to reduce the infection rate in the country.

Mrs. Odido, who is also the acting Country Coordinator for UNAIDS stated that children are dying without knowing their status, the stigma and discrimination is still leaving among us in the society.

She urged NAP+ Ghana to deepen their efforts in those areas by ensuring that they educate persons living with HIV to go for treatment and diagnostics.

During the NAP+ Ghana annual general meeting in Accra, effort has been made to build 10 regional NAP+ Secretariat in all the administrative regions. 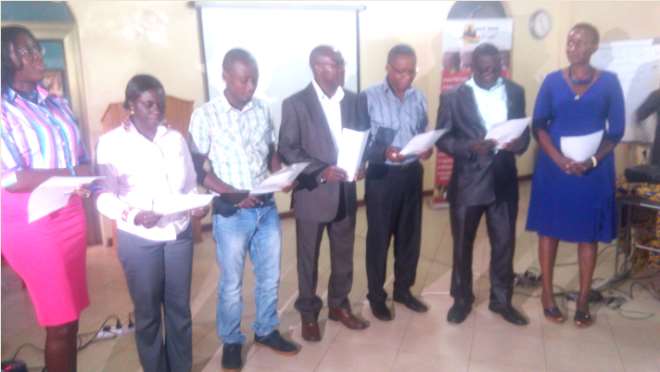