Ethiopian foreign minister wants to be first African WHO chief 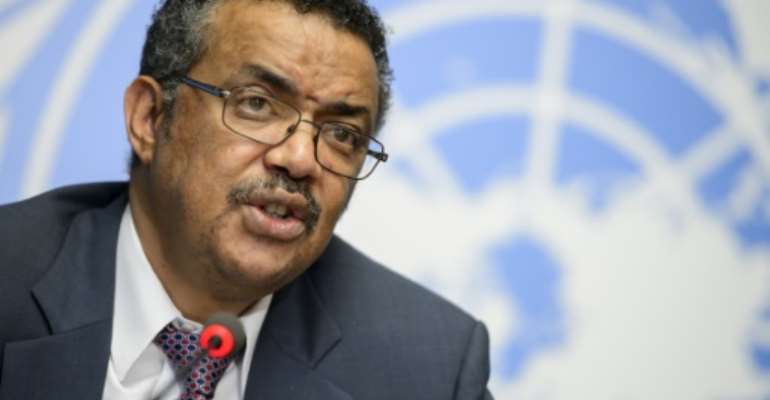 Ethiopian Minister of Foreign Affairs Tedros Adhanom Ghebreyesus attends a press conference launching his candidacy to the post of Director General of World Health Organization on May 24, 2016, in Geneva. By Fabrice Coffrini (AFP)

Geneva (AFP) - Ethiopian Foreign Minister Tedros Adhanom on Tuesday launched his candidacy to lead the World Health Organization, insisting it was time for an African to occupy the key UN job.

"The fresh view we can bring from our continent and the perspective of a developing country can help improve the global health situation," Tedros told reporters in Geneva, as he announced his desire to succeed WHO chief Margaret Chan of Hong Kong when she steps down next year.

Tedros, a doctor by training, highlighted the experience he acquired during his seven years as Ethiopia's health minister until 2012, when he implemented widespread reforms that among other things allowed the country to slash its infant mortality rate by two thirds.

He also said he had held top international health jobs and helped guide the Global Fund to Fight AIDS, Tuberculosis and Malaria through far-reaching reforms.

The 51-year-old said that uptil now global health had been seen "from the rest of the world's perspective only", adding: "But as you know, Africa and many of the developing countries carry most of the burden," he said.

"It's time for a director-general who has lived some of the most pressing challenges facing our world today, as I have lived in Africa."

His candidacy has the unanimous backing of the African Union and Tedros is among the first to officially throw his name into the hat.

Former French health minister Philippe Douste-Blazy has also been campaigning for the post in Geneva this week on the sidelines of WHO's main annual assembly, and Pakistan has thrown its weight behind the candidacy of former health minister Sania Nishtar.

Candidates have until September 22 to join the race and next May the WHO will elect the winner, who will take the over as director-general in July 2017.