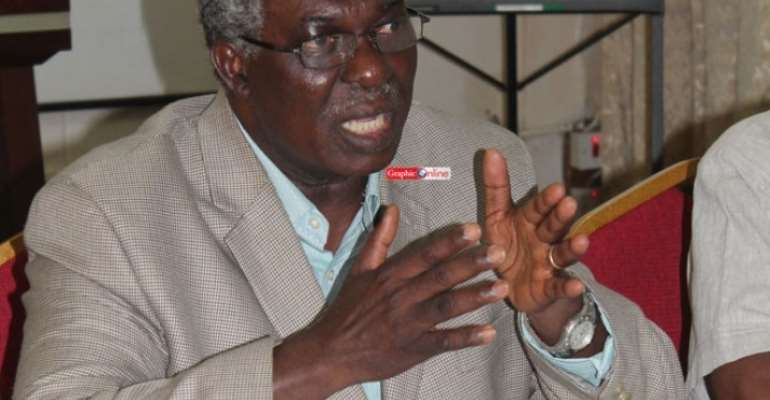 The immediate past Moderator of the Presbyterian Church of Ghana (PCG) the Very Reverend Dr Yaw Frimpong-Manso has revealed that there was bad blood between him and the current Moderator, Very Rev Professor Emmanuel Martey.

At a press conference in Accra Monday, he also confirmed that there was a 'relational' issue between them which he said had resulted in the abrogation of the motto of the church, 'That They All May Be One.'

He accused the PCG of wrongfully stripping his status as an ex-moderator of the church and called for the right thing to be done.

He indicated that he had a number of options to pursue in getting the matter addressed including a resort to the law courts.

Rift between Presby Church Ghana and USA
The said 'bad blood', Very Rev Frimpong-Manso said had 'messed up' and caused a great rift between not only the PCG and Presby Church of USA denominations, but also among members of the same mother church, PCG, who are in the USA.

He said the issue had gone to the extent where Prof Martey has never visited any of the Ghanaian Presbyterian churches worshipping with the PCUSA when he visits the US under the pretext of the decision by PCG to sever relations with partner churches that embrace homosexuality.

'No locus' for Martey
It was therefore, his contention that the decision to strip him of the title of former Moderator of the church invalidates all that he had done during his tenure which also meant that the current Moderator lacked any locus since he was the one that signed the current Moderator's chronicle of induction as a Moderator.

He said if the right thing was not done by restoring what was rightfully due him, he had a number of options available to him including a resort to the law courts. 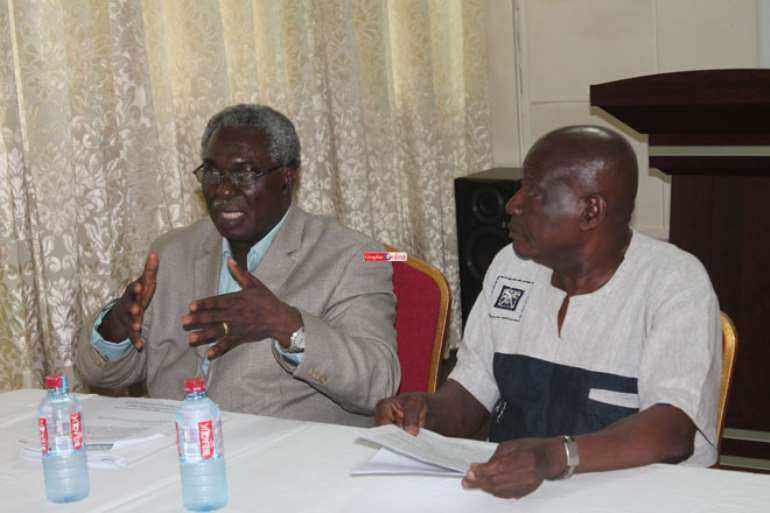 Gay marriage
Speaking publicly for the first time since news of his resignation and the rift between the two denominations went out, Very Rev Frimpong-Manso denied that he approves gay marriage at the Emmanuel Reformed Presbyterian Church (EPRC) in New York, United States where he presides.

He said the PCG had been unfair in stripping him of his status as a former Moderator of the church as well as denying him all his entitlements.

He said he had done nothing wrong to warrant such a decision from the church adding that he is not a gay and neither had the church he presided over, endorsed gay marriages as had been the accusation by the PCG.

'The truth is that I am not gay. My wife is Lucy Frimpong-Manso to whom I am still married to with children. The members of the church I preside over are all Ghanaians who are against gay practices,' he stressed.

Double standards
He recounted that the PCG released him through the Presbyterian Church of the United States of America (PCUSA), New York Presbytery to the Emmanuel Presbyerian Reformed Church in New York in June 2011 only to take a decision to sever relations with the same PCUSA in August of the same year.

'The leadership of PCG did not recall me soon after this decision but allowed me to go through the PCUSA's process of call till the presbytery of the City of New York formally approved my call on March 31, 2012,' he said.

He said that he wrote a letter to the Clerk of the General Assembly of the PCG, Rev Dr Ayete-Nyampong about his installation in May 2013 and he promised that the PCG from Ghana would be represented but it was a promise that was not honoured.

Rev. Dr Manso said that upon demand from the Stated Clerk of the PCUSA of the City of New York Presbytery and in accordance with the polity of the PCUSA, he wrote a letter to the Clerk of the General Assembly of the PCG for a letter of transfer to the PCUSA in 2014 which he did accordingly on May 2, 2014.

He explained that by virtue of that transfer, the PCG no longer had jurisdiction over him and that jurisdiction had been transferred to the PCUSA as a designated minister for the EPRC.

Extension of call
'In light of the above and also based upon my satisfactory work within the period that I had been there, the EPRC voted and requested the extension of my call and appointment as a designated minister for six more years which was approved by the City of New York Presbytery on May 19, 2015 and I wrote to inform the Clerk of the PCG, and for that matter, the PCG about this appropriately and out of courtesy,' he said.

Rev. Dr Frimpong-Manso said that in light of the above and based upon the formal letter of transfer of his membership, he wondered how the General Assembly Council (GAC) would turn around in 2015 and ask him to 'wind down and return in December, 2015.'

'In light of the misunderstanding of the call system of the PCUSA and my transfer by the PCG and the resultant confusion regarding my status and jurisdiction, with the order to wind down and leave the flock unattended, and wrongly connecting my recall with the same-sex issue among other things, I felt compelled to write that letter of resignation from the pastoral jurisdiction of the PCG, at least for the time that I am serving under the City of New York Presbytery,' he explained.