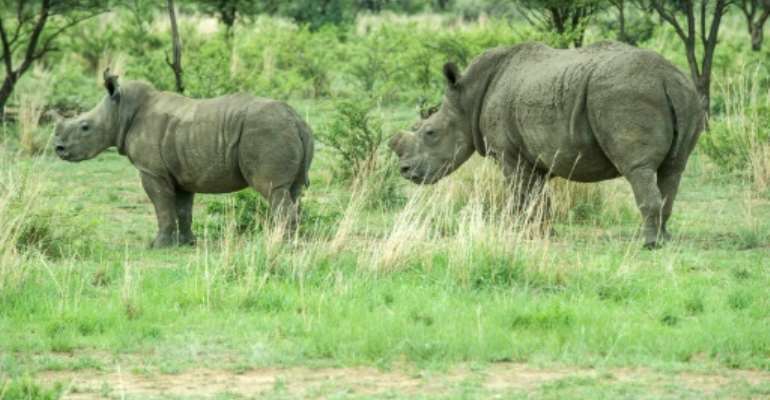 Johannesburg (AFP) - South Africa's Supreme Court of Appeal has dismissed a government bid to retain a ban on domestic trade in rhino horns, breeders and officials said Monday, in a dispute over how to end poaching.

The legal decision may have little immediate impact because a ban on international trade is unaffected, but the breeders believe open trade is the only way to stop poachers slaughtering rhinos.

The government said it was still studying the judgement, which was handed down last week.

Rhino breeders want the booming Asian demand for rhino horn to be met by horns sawn off anaesthetised live animals, arguing that a legal source of horn could end poaching deaths.

The horns grow back, but most conservationists disagree with the proposed policy.

South Africa is home to around 20,000 rhinos, some 80 percent of the worldwide population.

Rhino horn is composed mainly of keratin, the same component as in human nails.

It is sold in powdered form as a supposed cure for cancer and other diseases -- as well as an aphrodisiac -- in Vietnam and China.

Nearly 1,200 rhinos were killed by poachers in South Africa in 2015 in another year of carnage by poachers driven by the soaring price of horn.

Despite pressure from some campaigners, South Africa has vowed it will not push for legalisation of international trade in rhino horn at a major wildlife meeting in Johannesburg in September.