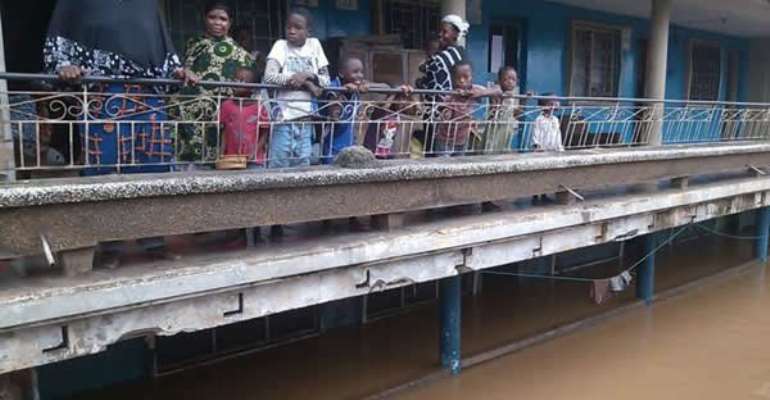 Long hours of rain at the weekend left parts of the national and Ashanti regional capitals, Accra and Kumasi respectively, inundated with rain water as the cities’ unpreparedness to deal with floods is exposed once again.

Areas such as Ofankor, Kaneshie, Kwame Nkrumah Circle i Accra experienced flooding after the rains.

The Aboabo township in Kumasi is the hardest hit after sandy banks and dumping of solid waste clogged a huge storm drain. It forced the water out of the drains and into homes.

The situation is déjà vu. It is almost a year after one person died during floods blamed generally on the poor state of the Aboabo storm drain and bridge.

But whenever the river overflows, displaced flood waters submerge the bridge, cutting of the entire human settlement from immediate relief. 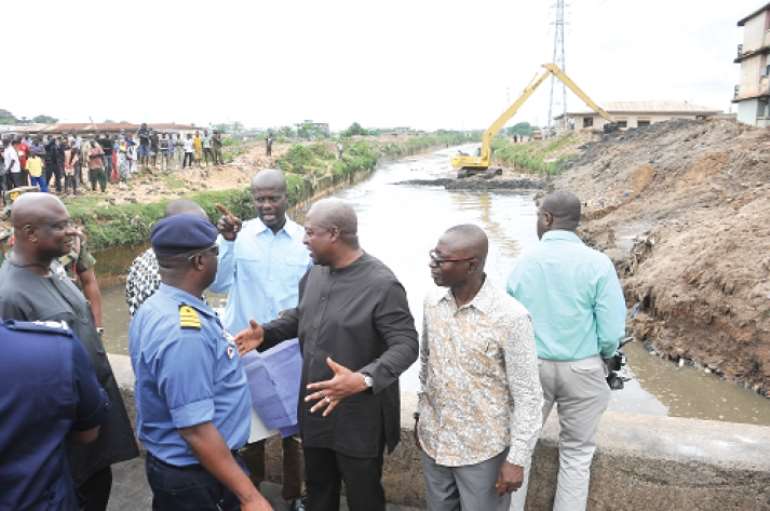 President John Mahama promised to have the bridge replaced when he visited the residents on June 29, 2015 after a major flooding there. He also

Visiting the affected residents with mattresses and relief items, President Mahama warned them to desist from dumping waste into gutters.

Neither has government’s promise of a new bridge materialized. The storm drain was desilted but the sand was left uncollected, Erastus observed.