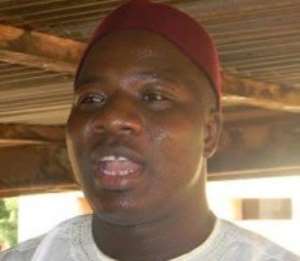 The Ministry of Environment, Science Technology and innovation says Metropolitan, Municipal and District Assemblies (MMDAs) have deliberately refused to deal with issues of illegal small scale mining in their jurisdiction.

Sector Minister Mahama Ayariga says the environmental protection agency have often been handicapped because the local assemblies that wield the power will not assist them.

He was speaking at a ceremony to mark international day for biological diversity.

"I must express my disappointment in the failure of local law enforcement agencies to live up the responsibilities to prevent illegal small scale mining activities within their jurisdictions," he remarked.

Mr Ayariga said, he remains unconvinced that district, municipal, metropolitan or even regional securities, committees and councils that they don't have the capacity to prevent illegal mining.

"The failure is deliberate and as a result of people failing to do their work," he added.

Let's Avoid Second Wave Of COVID-19 By Following All Protoco...
1 minute ago