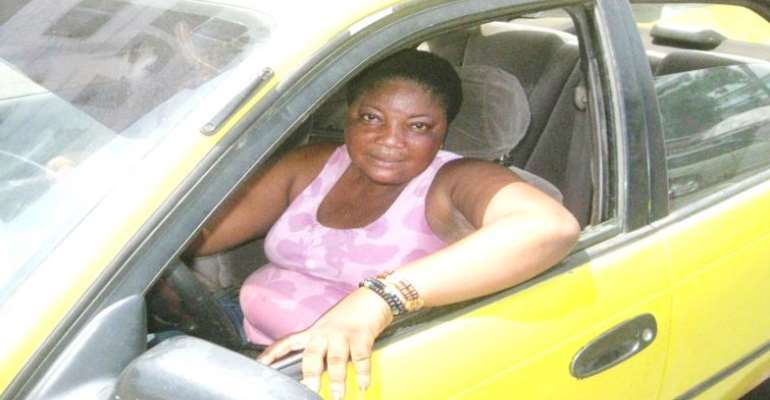 In a hot scotching sun of Liberia's last month to rainy season, is a woman, dressed in a pinkish flowered tank , 5ft tall with ebony dazzled short hair , is the Liberia's only female Taxi driver; Ola as she is popularly called by everyone is 42 years and a single mother with feminine body but blessed or have acquired manly looks ,especially her eyes which makes her thrive and survive in a trade predominantly controlled by men.

Ola is as well the only commercial female bus driver and for now the only bus conductor one could see plying around, for these reasons she deserved to be featured on this site for being the only woman in Liberia's macho male world of chosen vocation. Since the ascendancy of Liberia's first female head of state significant progress in the women's' part of individual growth has been scored.

More and more females are tremendously becoming hard working and successful. Six years down the line, the country and gender development on self-reliance have produced a sole female taxi driver. Ola is widely known for being the only rare in male dominant chore, she has already adopted male style of dressing, she covers 8 hours a day and 16-18 trips of shuttling passengers from Gardnersville to down-town Monrovia and changes route within time to Monrovia- Mamba point. Keenly observed her wheel navigation, there are no glaring differences from a male warco style of driving. She is sharp, careful, observant and fast. She holds authority on the wheel and a full confidence aboard. Here is an excerpt of Modern Ghana interview with wonderful Ola kinde. 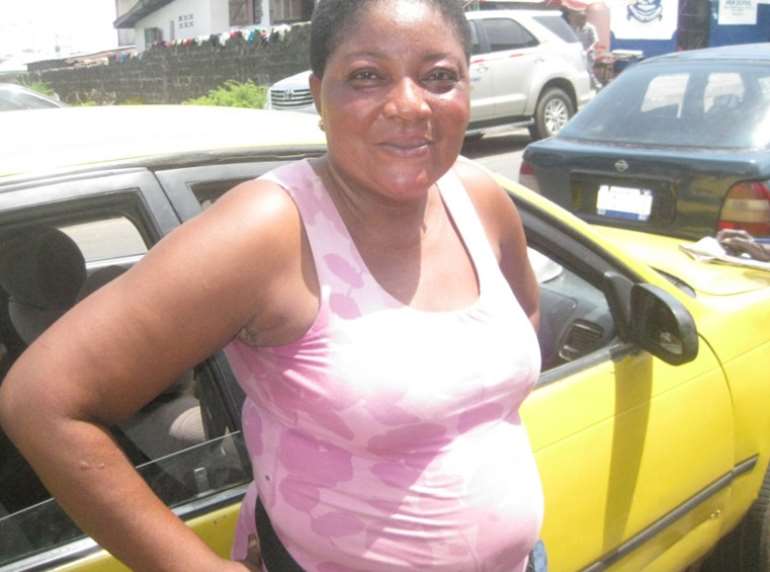 MG: Hello, how are you and welcome to Modern Ghana microphone.

OK: Thank you Sir
MG: I see you are a Taxi Driver?
OK: Yes I am and a happy one!
MG: How long have you been a commercial driver?

OK: I have been a commercial driver for 6 years

MG: What made you become a taxi driver?
OK: I was a cook for so many years in my restaurant and at one time I was sick to the point of death and the doctor who healed me said my sickness emanated from heat of cooking and advised me to refrained from that. Then when I recovered I started thinking what next I have to do that will generate same kind of money the restaurant gives me. That is when the idea of driving came through between my brother and me.

MG: Then how did it all begin, getting on the road?

OK: When I agreed on the point to become a commercial driver, the next was what kind? I decided to buy a bus, 14- seater Bus, I arranged with my brother for us to share or change routines of driving time. When my brother gets tired I will take over from him and when he is on the wheel I will take care of passengers and fair collection. I learn too, names of drop off and pick up points and final destinations keys, and other jargons applied to it.

MG: Why Bus?
OK: You know bus brings more money and I needed to know the reason of being on the road for so many hours and long days, and Bus made me to realize a huge and fast return.

MG: How did it feel being on the road for the first time and first day?

OK: You know I have been driving my private car for many years and to become a commercial engaged driver is a total different thing, having to talk with people all the time and talking to much is tough job by itself, the heat from the car engine is a bit of hell oozing on your leg and feet, seating too long, which makes you to sweat and get damped underneath is all an uncomfortable part of the whole thing, but its paid.

MG: How have the Police and passengers viewed your work?

OK: Honestly, I must admit, the police have been very friendly, I have got away with too many things just because I am a woman driving commercially, the passengers looks at me with second levels of appreciation, bewildering, shock and negative conclusions, some have said that I am a gay, that's why am doing men work and others said that I am frustrated and many men gives me encouragement and like to see me drive pass them and feel excited. The public at large feels it's a good thing to happen in Liberia to have women /woman challenging men. 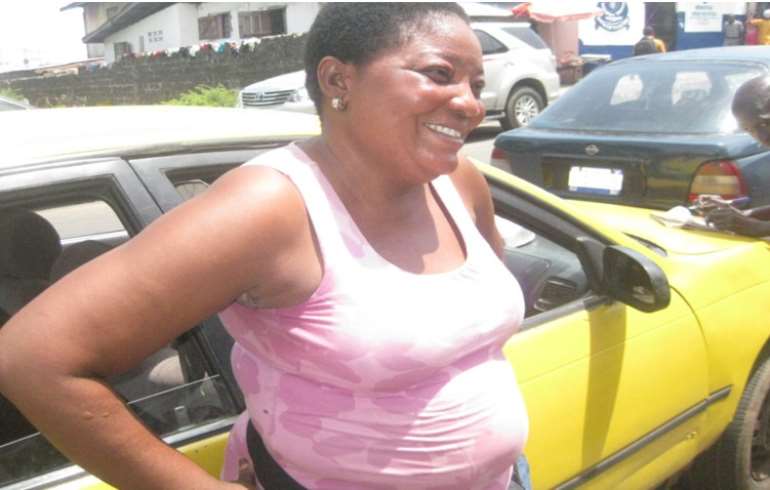 MG: what can you term as positive outcome of your driving?

OK: Many women have come to me, wanting me to teach them driving, want bto be like me, many men have asked me to get married to them and I declined, I have managed to build a bout three 4 bedroom houses, I send my daughter to one of the high cost universities here, now I have a Taxi I drive for myself and a Bus, I am happy I have money all the time to settle my problems.

MG: why have you declined on men proposals for marriage?

OK: I am not sure there is anything I want from a man now, marrying a man now will tie me down and prevents my advancement into many plans I have. But don't misunderstand me, I still feel a man in my life, I should have a male friend when I feel it's necessary.

MG: Where did you derive your inspiration?
OK: God and the President; Ellen Johnson Sirleaf. God is my strength all and every day, and in human; our president is my Idol, if she can rule a tough country like Liberia, then I can do anything I want as well.

OK: I can only talk to those women thinking acting soft and looking up to male folks is the answer should wake up and face the reality that there is no free lunch and your hand is only friends that can support you. The future of Liberian women looks a lot brighter, if things continue the way it is at the moment. We hope the next president will continue to support women independency and self-development.

MG: Ola kinde, thank you so much for your time.

OK: I am happy you found me today and thank you. 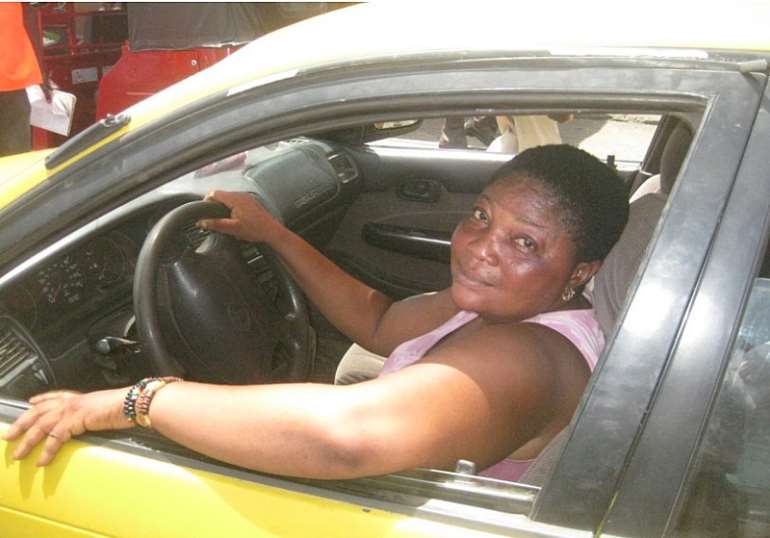