Does Our Obsession With Academic Excellence Lead To Corruption? 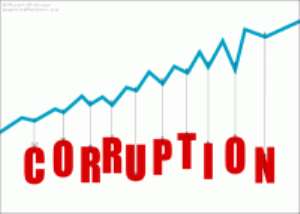 The tragedy of our educational system is that academic excellence is overrated. We place it over and above every vital thing education should teach our children.

From the outset, teachers and parents connive to make children with superior academic prowess feel that they are better than the rest.

They are made to believe that just by scoring higher marks, they have a brighter future; that they are more likely to be richer and celebrated.

Now, this way of raising children is not only misleading for the bright young ones, it leads the not-so-brilliant ones to think less of themselves. They're unwittingly filled with fear, low self-esteem and a nagging sense of hopelessness.

Predictably, some of these 'dullards' waste their lives on drugs and crime much to the delight of crime patrons and drug barons.

Others survive and thrive. So when our intelligent children now as adults get up to the rude awakening that mere academic excellence does not necessarily guarantee success, wealth and fame, it may be a tad too late!

If they are in academia, politics, the public service or the private sector as executives ( for these are the places they are most likely to find themselves), CORRUPTION easily becomes their way of keeping up with the Joneses, and living their entitlement to success.

Have you ever wondered why there is so much corruption among people who should know better?

Our Educational System. Our obsession with academic excellence( The fact that this has led to the corrupt practice of examination leakages is a topic for another day.)

Let every child know that they are a success. Don't let any child feel inferior because they're not as good academically as others. They have talents; they can learn skills. Let them know they have what it takes to be innovative.

Let them know that intelligence is not limited to being able to memorise mind-numbing information and providing cut-and-dried answers thereof.