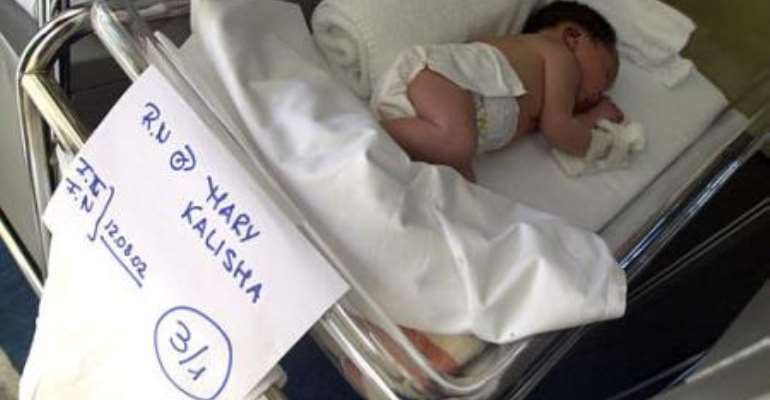 Kumasi, Dec. 27, GNA - Forty-six babies were delivered in five Government hospitals in the Kumasi Metropolis on Christmas Day. Komfo Anokye Teaching Hospital (KATH) recorded the highest of 29 births, followed by South Suntreso Hospital with seven deliveries, Manhyia Hospital, six with Tafo and Kwame Nkrumah University of Science and Technology (KNUST) hospitals recording two deliveries each. At the KATH labour ward, Mrs Felicia Owusu-Ansah, Nursing Officer on duty told the GNA that out of the 29 deliveries, 15 of them were males and the rest females.

She said all the children and their mothers were in healthy conditions with some of them already discharged. At the Suntreso Hospital, Miss Charlotte Owusu, Principal Midwifery Superintendent said out of the seven babies delivered six were males and one female.

Manhyia Hospital had six deliveries with three males and three females, according to Miss Beatrice Danje, Midwife in charge. Two female babies each were also delivered at the Tafo and the KNUST hospitals.