All the planet is vibrating 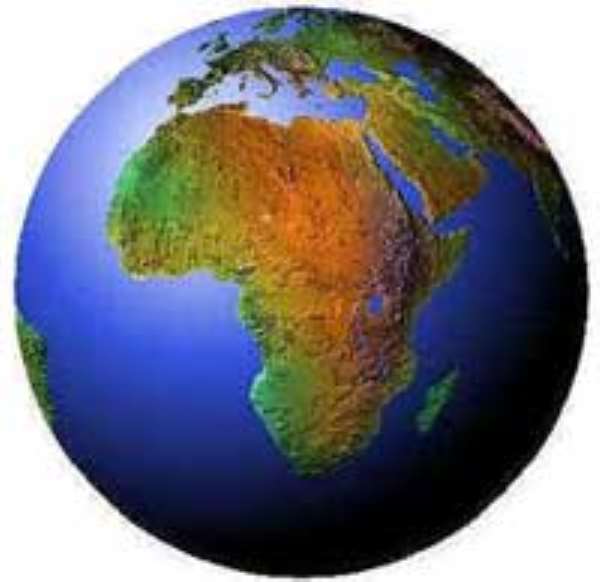 Quake disturbed the Earth's rotation... Largest earthquake in 40 years ... DEATH TOLL: 11,500+... Tourists, fishermen, homes and cars were swept away by walls of water up to 20 feet high that swept across the Bay of Bengal, unleashed by the 8.9-magnitude earthquake centered off the west coast of the Indonesian island of Sumatra. In Sri Lanka, 1,000 miles west of the epicenter, more than 2,150 people were killed, the prime minister's office said. Indian officials said as many as 1,130 died along the southern coast. At least 408 died on Sumatra from floods and collapsing buildings. Another 168 were confirmed dead in Thailand, 42 in Malaysia and 2 in Bangladesh. But officials expected the death toll to rise dramatically, with hundreds reported missing and all communications cut off to Sumatran towns closest to the epicenter. Hundreds of bodies were found on various beaches along India's southern state of Tamil Nadu, and more were expected to be washed in by the sea, officials said.
The rush of waves brought to sudden disaster to people carrying out their daily activities on the ocean's edge: Sunbathers on the beaches of the Thai resort of Phuket were washed away; a group of 32 Indians — including 15 children — were killed while taking a ritual Hindu bath to mark the full moon day; fishing boats, with their owners clinging to their sides, were picked up by the waves and tossed away.
"All the planet is vibrating" from the quake, said Enzo Boschi, the head of Italy's National Geophysics Institute. Speaking on SKY TG24 TV, Boschi said the quake even disturbed the Earth's rotation.
The U.S. Geological Survey (news - web sites) measured the quake at a magnitude of 8.9. Geophysicist Julie Martinez said it was the world's fifth-largest since 1900 and the largest since a 9.2 temblor hit Prince William Sound Alaska in 1964.
Initial damage centered in the Indonesian province of Aceh on northern Sumatra. Dozens of buildings were destroyed, but as elsewhere, much of the death toll appeared to come from onrushing floodwaters.
Towns nearest the epicenter were leveled by tidal waves. An Associated Press reporter saw bodies wedged in trees as the waters receded. More bodies littered the beaches.
"We still don't know what's happening there because of a lack of communication," said Vice President Jusuf Kalla. "We're sending our two top ministers to Aceh right now. We're also preparing food supplies, medicines and makeshift shelters as emergency backup."
The worst known death tolls so far were in Sri Lanka and southern India.
"It is a huge tragedy," said Lalith Weerathunga, secretary to the Sri Lankan prime minister. "The death toll is going up all the time." He said the government did not know what was happening in areas of the northeast controlled by Tamil Tiger rebels.
An AP photographer saw two dozen bodies along a four-mile stretch of beach, some of children entangled in the wire mesh used to barricade seaside homes. Other bodies were brought up from the beach, wrapped in sarongs and laid on the road, while rows of men and women lined the roads asking if anyone had seen their relatives.
Around one million people were displaced from their homes, Weerathunga said.
In India, beaches were turned into virtual open-air mortuaries, with bodies of people caught in the tidal wave being washed ashore. Some 800 deaths were reported in Tamil Nadu state, Home Minister Shivraj Patil said. In Andhra Pradesh state, 200 were reported; 102 were killed in Pondicherry.
"I was shocked to see innumerable fishing boats flying on the shoulder of the waves, going back and forth into the sea, as if made of paper," said P. Ramanamurthy, 40, who lives in Andra Pradesh's Kakinada town. "I had never imagined anything like this could happen."
The huge waves struck around breakfast time on the beaches of Thailand's beach resorts — probably Asia's most popular holiday destination at this time of year, particularly for Europeans fleeing the winter cold — wiping out bungalows, boats and cars, sweeping away sunbathers and snorkelers, witnesses said.
"Initially we just heard a bang, a really loud bang," Gerrard Donnelly of Britain, a guest at Phuket island's Holiday Inn, told Britain's Sky News. "We initially thought it was a terrorist attack, then the wave came and we just kept running upstairs to get on as high ground as we could."
"People that were snorkeling were dragged along the coral and washed up on the beach, and people that were sunbathing got washed into the sea," said Simon Clark, 29, a photographer from London vacationing on Ngai island.
In the Andaman Sea on Phi Phi island — where "The Beach" starring Leonardo DiCaprio was filmed — 200 bungalows at two resorts were swept out to sea.
"I am afraid that there will be a high figure of foreigners missing in the sea and also my staff," said Chan Marongtaechar, owner of the PP Princess Resort and PP Charlie Beach Resort.
Indonesia, a country of 17,000 islands, is prone to seismic upheaval because of its location on the margins of tectonic plates that make up the so-called the "Ring of Fire" around the Pacific Ocean basin.
The Indonesian quake struck just three days after an 8.1 quake struck the ocean floor between Australia and Antarctica, causing buildings to shake hundreds of miles away but no serious damage or injury.
Quakes reaching a magnitude 8 are very rare. A quake registering magnitude 8 rocked Japan's northern island of Hokkaido on Sept. 25, 2003, injuring nearly 600 people. An 8.4 magnitude tremor that struck off the coast of Peru on June 23, 2001, killed 74.