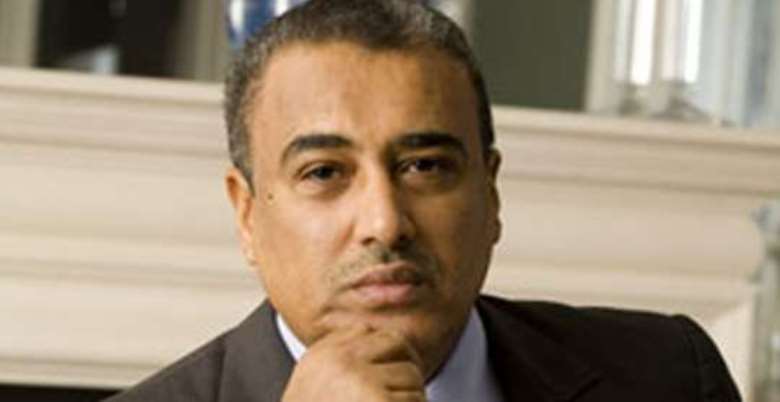 By Desmond Davies (London Bureau Chief)
London, May 4, GNA - The bitter legal battle in the British courts between the government of Djibouti and Djiboutian businessman Abdourahman Boreh, which many see as a vendetta against him by President Ismail Omar Guelleh, has become even costlier for the government.

Last week in the High Court in London, Mr Justice Julian Flaux, who has been sitting on the case for the last few years, ordered the Djiboutian government to provide a further £3 million to Mr Boreh as security for his legal costs after his recent win in the English Commercial Court.

This is in addition to the £9.3 million, which the government of Djibouti was required to pay towards Mr Boreh's legal cost after his victory in March in the case of bribery and corruption levelled against him by the government.

By the end of Djibouti's claims against Mr Boreh, which the government launched in 2012, it had spent an estimated $70 million on expensive lawyers, but the figure is now closer to $90 million following the added legal costs of Mr Boreh.

'For a country where poverty is high, this is a lot of money spent on a personal vendetta by President Guelleh,' a Djibouti opposition politician told the GNA.

Mr Boreh's lawyer also informed Mr Justice Flaux that Djibouti had also agreed to reverse a previous cost order made in the government's favour when Mr Boreh had unsuccessfully applied to strike out Djibouti's claim against him in 2013.

During last week's hearing it was revealed that the Djiboutian government had taken the extraordinary step of bypassing the appeal process by applying directly to the Court of Appeal to challenge Mr Justice Flaux's March judgement.

The judge, who was not given a copy of the appeal document, remarked that it was normal practice to seek permission from the trial judge first instead of going directly to the Court of Appeal but this was something Djibouti would have to explain to the Court of Appeal. Djibouti's lawyers assured the judge that no disrespect was intended and argued that they did this to save costs.

Mr Boreh told the GNA: 'What new evidence are they going to come up with to change the judgement?

'I have not been to Djibouti for eight years and so they are wasting their time.'

The Djiboutian government's claims against Mr Boreh related to the re-development of the country's antiquated port facilities in 2000.

By securing investment and management expertise from Dubai, and investing his own money in the project, Mr Boreh led the transformation of Djibouti's fortunes.

His success led to his downfall, as the government tried to squeeze him out of the project.

For Mr Boreh, the March judgement in his favour represented a vindication of what he had contended throughout: that the claims against him were baseless and politically motivated.