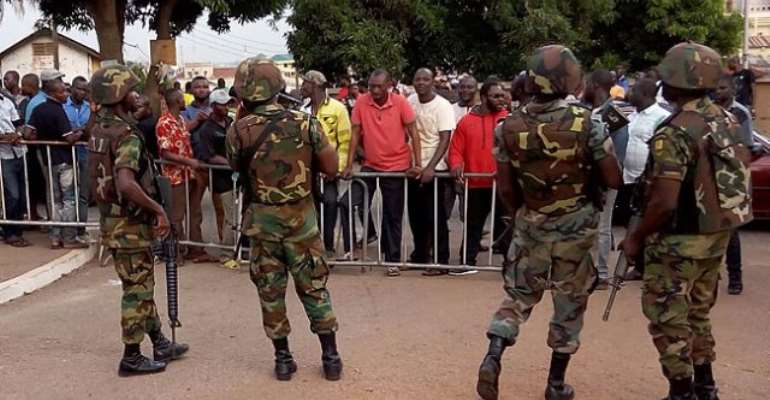 The NPP supporters are amassing outside the prison wall kept at bay by a wall of military police officers, Luv FM’s Erastus Asare Donkor has reported.

It comes after Antwi Bosiako popularly known as Chairman Wontumi turned himself in at the police station Tuesday afternoon after the police made a public call for him to report to them.

The incident happened Sunday afternoon at the Nana Fordjour registration centre in Krofrom in the Manhyia North constituency where the limited voters' registration exercise was ongoing.