'Missing' Wontumi Reports Himself To Police 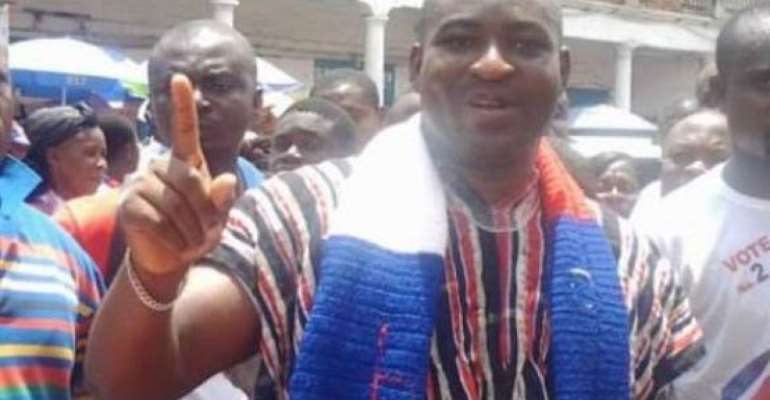 Ashanti regional Chairman of the New Patriotic Party, (NPP) Bernard Antwi Boasiako, popularly known as ‘Chairman Wontumi’ has reported himself to the Tafo Pankrono Police station after he was declared wanted over the weekend.

Chairman Wontumi is currently assisting Police with investigations after he allegedly attacked NPP MP for Manhyia North Collins Owusu Amankwa and the constituency Secretary of the area, Felix Ibrahim.

The NPP regional Chairman was declared wanted by the Police and subsequently issued a warrant for his arrest after he refused to honour an invitation extended to him by the Police.

A statement issued Monday and signed by Asst/Superintendent of Police, Yusif Tanko, of Ashanti Regional Police Command said “Instructions have therefore been issued to the Regional CID to have Chairman Wontumi arrested to assist in investigations”.

The statement added “however, it will be in his own interest to report to answer the offence of assault that was allegedly committed at Krofrom”.