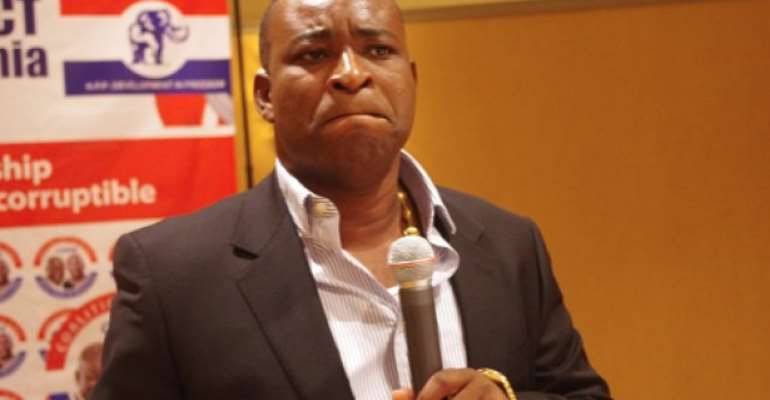 The Ashanti Regional Chairman of the New Patriotic Party (NPP), Bernard Antwi Boasiako, popularly referred to as Chairman Wontumi, has denied receiving any invitation from the police over his alleged assault of the MP for Manhyia North, Collins Owusu Amankwa, and Constituency Secretary Felix Ibrahim.

Chairman Wontumi has been accused of assaulting the two on Sunday May 1 in the on-going limited voter registration exercise.

Following the incident, a complaint was filed with the police against the chairman. But according to the police, Mr Boasiako has refused to honour an invitation extended him to assist in investigations into the incident, prompting the Ashanti Regional Police Commander, COP Kofi Boakye, to direct the Regional Criminal Investigations Department (CID) to arrest him.

“The fact of the matter is that Chairman Wontumi never attacked or assaulted anybody, but he disciplined them. …Anybody whose actions serve as impediment or obstacle to the success of this party, we will not hesitate to discipline the person,” he said.

He also denied receiving any invitation from the Police.

“We have not received any invitation. Why should Kofi Boakye be using the media? Why can’t he come to Wontumi’s office or his house? Do the media make arrests? We don’t want to believe that he is doing the work of the NDC, for that matter John Mahama. Wontumi has done nothing wrong,” he noted.