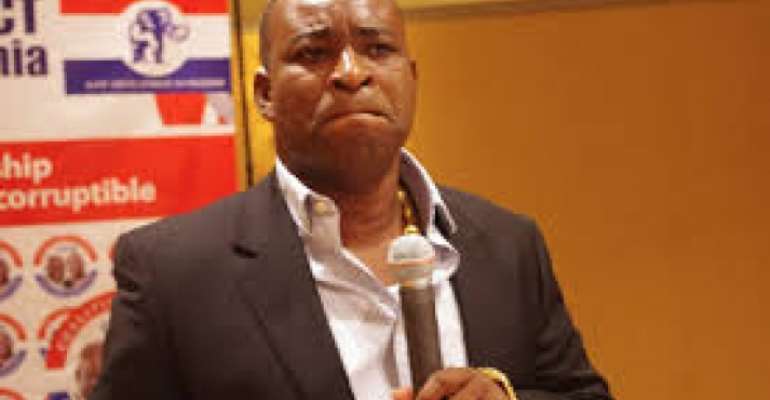 Speaking to the Daily Graphic, the constituency secretary, Mr ibrahim said he and the MP were at the Nana Fodjuor registration centre in Krofuom in the Manhyia North constituency monitoring the limited voters registration exercise on Sunday at about 10.30am, when they met their regional chairman.

He alleged that the regional chairman who had apparently heard of their presence in the area started shouting and calling his name (Felix), followed by a sudden push by one of many well-built men following the chairman.

He said immediately the regional chairman identified him, he (chairman) pushed him against a pile of cement bricks, stepped on his feet and subjected him to severe beatings including slaps, while the many bodyguards of the chairman prevented people from intervening.

Mr Ibrahim told the Daily Graphic that when the chairman was leaving the scene he heaped insults on the Member of Parliament and although the law maker did not utter a word in reply, Mr Boasiako slapped him in the full glare of all.

He explained that after the ordeal he rushed to the regional police office but was directed to go to the Tafo Pankrono police station where he was given a hospital form which he took to a hospital and was admitted.

He said he was discharged Monday morning.
Arrest Order
A statement signed by the regional Police Public Relations Officer, ASP Yusif Tanko and dated May 2, 2016 confirmed that the MP for Manhyia North and the constituency secretary reported cases of assault on them by the regional chairman of NPP, Mr Boasiako.

The statement said the police subsequently extended an invitation to the NPP chairman to assist the police in investigating the matter but he had so far refused to honour the invitation.

'Instructions have, therefore, been issued to the Regional Police CID to have Chairman Wontumi arrested to assist in investigations', it said.

It added that it would be in his own interest to report to answer the offence of assault that was allegedly committed at Krofuom.

Issues
There have been some tension between the regional chairman and the MP over the constituency album to be used for the delayed elections to select the party's parliamentary candidate for Manhyia North.

After seven postponements amidst accusations and counter accusations between supporters of the chairman and the MP, the national executive committee (NEC) of the party last month issued a statement calling for a rerun of elections of all the polling station executives who would vote to elect a parliamentary candidate.

The NEC of the party argued that they had to undertake all the elections again before the primaries in consonance with a Supreme Court order.

However, supporters of the MP including the constituency secretary insist that there is no such Supreme Court order and had challenged the NEC to publicly show the said Court order.