TUC to demand living wages in 2005 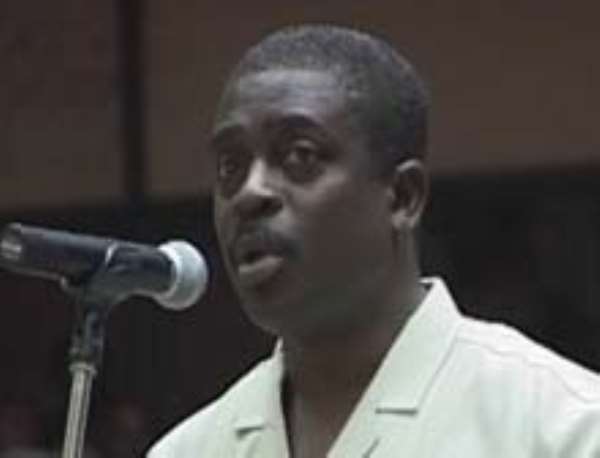 Accra, Dec. 22, GNA - The Ghana Trade Union Congress (TUC) is to re-table the demand for employers to pay workers "living instead of a minimum wages" next year. Mr Kwasi Adu-Amamkwa, the Secretary General of the Congress who made this known on Wednesday said, "TUC renews its commitment to pursue the question of a living wage and improved incomes. "In the coming year, we shall be insisting that the worker is worthy of his or her hire and that when people work they must earn incomes that will enable them to live decently." Mr. Adu-Amankwah gave the assurance in his New Year message to workers at the ninth annual TUC/Ghana Journalists Association (GJA) interaction in Accra. The interaction is an annual event jointly organized by the TUC and the GJA for journalists and unionist to dialogue and chart the path of collaboration for their joint contribution to ensuring good governance, democracy and national development. The TUC boss noted that despite effort to have incomes improved over the years, they were still abysmal for the majority of Ghanaian workers. "We believe that leaders in the political and economic realms must be challenged to their limits to institute policies and programmes that will lead to improved incomes and standards of living for the majority," he said. In answer to a question on how the TUC would react on about the alleged intention of the government to increase fuel prices next February, he said TUC though, represented on the Petroleum Tender Board, did not have the final say on the fixing of petrol prices. Mr. Adu-Amankwah said the final decision remained with Parliament and when the time came for the petroleum prices to be increased, it would be the responsibility of all Ghanaians to lobby their representative in Parliament to take the right decision. He said the TUC would expect the government to champion a broad discussion on the matter to allow public input into the final decision. "Our decision as to what to do when the time comes, would depend on the nature of the broad discussion on the matter," he said. Mr. Adu-Amankwah said the TUC welcomed the Presidential Commission on Pensions (PCP) and would expect the Commission to work to complete its assignment and make recommendations that could contribute to the restructuring of the SSNIT as well as the social security and pension system in the country as a whole. He assured workers that the TUC was working to create an internal Mutual Health Insurance Scheme for unionised workers apart from the government's National Health Insurance Scheme (NHIS). Mr. Adu-Amankwah urged workers to make serious commitment to prevent the further spread of HIV/AIDS, saying that there was the need for changed behaviour as a vital plank in the prevention of the pandemic.
He commended the Electoral Commission (EC), all political parties and the electorate for ensuring a peaceful election this year, saying that the out come of the election was an affirmation of the people's vote for democracy in Ghana.
Mr. Adu-Amankwah also commended President Kufuor and the NPP for their re-election and also congratulated the NDC and the other political parties for their "spirited performance".
"While President Kufuor and the NPP won a clear majority to govern the country, the opposition's showing, particularly that of the NDC, is a clear indication that they can neither be ignored nor be taken for granted," he said.
He expressed disappointment over the instances of violence that were recorded during and after the elections and condemned the perpetrators as well as their provocateurs.
Mr. Adu-Amankwah also expressed concern over the continuing political crisis in Cote d'Ivoire as well as the attacks on media freedom in The Gambia, where a journalist had been murdered.
"Ghana TUC wishes to add its voice to those who have called for investigations into the apparent political murder of Mr. Deyda Hydara, Managing Editor and co-owner of "The Point", an independent newspaper in the Gambia, and for the prosecution of the perpetrators of the dastardly act," he said.
Ms. Ajoa Yeboah-Afari, GJA President paid tribute to the Ghanaian media for the excellent manner in which they covered the 2004 election, saying that such excellence was necessary to ensure that Ghana's democracy stayed on course.
She also thanked all the collaborators and sponsors of various training programmes, seminars and workshops to equip media personnel towards the coverage of the election and expressed to hope that such collaboration would continue in the coming years.
Ms. Yeboah-Afari noted that annual TUC/GJA interaction had become more of a dialogue rather than an interaction, saying that it served as a platform for journalists and unionists to share ideas on how to jointly strengthen governance and democracy.