GPRTU to take delivery of 100 buses from government 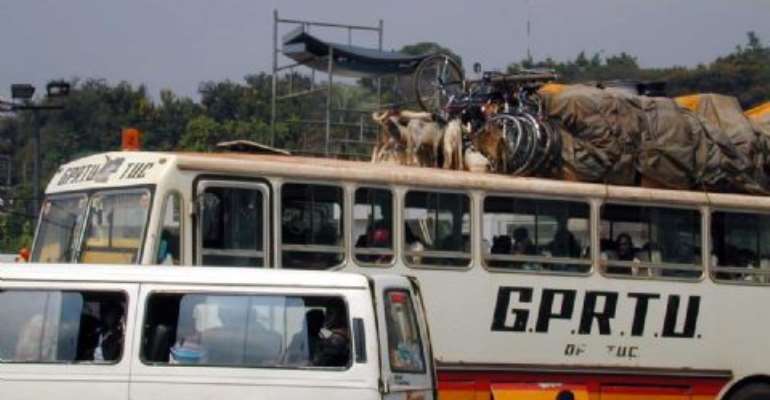 The 38 and 51-seater-air conditioned-buses with toilet facilities, TV sets and amenities would be distributed to the Regional and branch unions throughout the country.

Mr Isaac Otabil, Chairman of the Swedru Texaco Branch Number Two of the GPRTU, said this at the annual get-together to take stock of the previous year's activities.

He said the government was also importing 207 Mercedes Benz buses for distribution to be paid after a five-year grace period. The Chairman stated that the Union had issued new Identity Cards for easy identification.

He called on drivers to pay their income tax regularly to enable the government to undertake more development projects to improve the lives of the people.

Mr Otabil pointed out that only 10 per cent of road accidents were the result of mechanical faults while the rest was due to reckless and careless driving.

He cautioned drivers to avoid overtaking on the wrong side and in curves, over loading and drunkenness and to maintain their vehicles to reduce accidents.

The Chairman disclosed that the branch had set up a committee to check drivers at the lorry station, adding that, drivers caught drunk behind the wheels would be suspended.

He commended members of the branch for recording an accident free period this year and said that a best driver award would be instituted for drivers at the station.

The branch declared an annual profit of 150 million cedis and paid 10 million cedis End Service Benefit to retired staff of the branch union. Mr Paa Kow Kumi and Mr Kobina Anane, drivers of the Benz buses of the branch were presented with a mobile phone each with their starter packs valued with 2.2 million cedis for their dedicated services. Mr Otabil said the branch executives had decided to pay the two drivers salaries to motivate them to work harder.