Campaign in your constituencies else - NPP warns parliamentary candidates 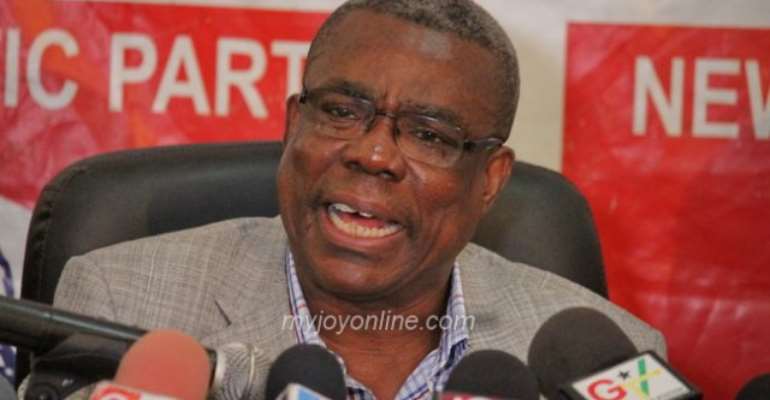 The leadership of the opposition New Patriotic Party (NPP) has hinted it will punish parliamentary candidates who fail to report to their constituencies to campaign ahead of the November 2016 polls.

According to the National Campaign Manager of NPP, Peter Mac Manu, this measure is expected to address absenteeism of parliamentary nominees in their constituencies.

Speaking to Joy News’ Raymond Acquah, Mr. Mac Manu said the party has received several complaints from the rank and file of the party about the failure of parliamentary nominees to visit their constituencies to campaign after winning their primaries.

He said if the party does not effectively address this attitude of the parliamentary candidates, the overall fortunes of the party would be affected at the polls.

Detailing the approach in handling the issue, Mr. Manu said the party will first call any aspirant who fails to visit his constituency to find out why he is unable to do so.

We will use the opportunity to find out if there are "Any errors or omissions or whatever, [then] we start correcting them before the date of filing nomination with the EC”, he said.

He, however, added that when the act is repeated without any justification, the aspirant would be hauled before the party executives and reprimanded.

When asked why the party is taking those steps at this time, Mr. Manu said: “It is always better to be on the side of caution”.

He called on parliamentary candidates to take their campaign serious for the party to emerge victorious at the November 2016 election.