No meningitis fatality recorded in Ghana 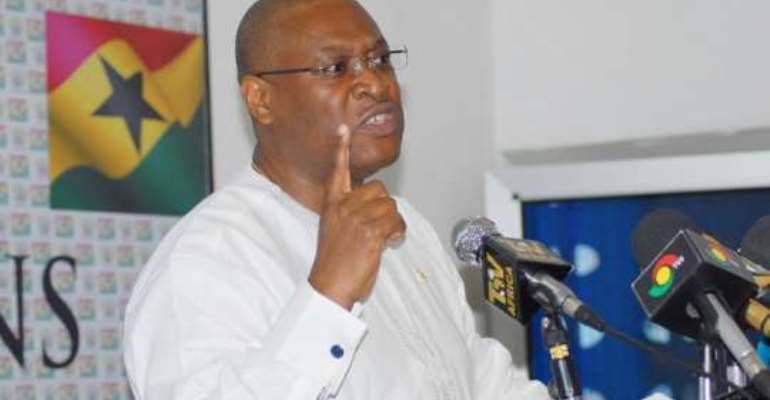 By Linda Asante-Agyei, GNA
April 16, GNA - Ghana has not recorded any meningitis fatality in the past four weeks and all other confirmed cases are being effectively managed to ensure that no more deaths are recorded, the Ministry of Health has said.

As at April 13, a total of 2,184 confirmed cases of the meningitis disease with a total of 93 deaths had been recorded, while 59 districts from nine regions had reported cases since the beginning of 2016.

There had been no reported case of the deadly disease in the Central Region.

It said the Tain and Jaman North districts, which crossed the epidemic threshold of 10 out of every 10,000 sampled people in the area with meningitis, have also left the epidemic phase.

Health Minister Alex Segbefia attributed the decline in the fatality rate and the current progress made in managing the disease to the intensive nature of the national response measures, particularly public education, which had resulted in, among others, quick reporting of suspected cases.

Mr Segbefia made this known in Accra when he briefed journalists on the current situation of the disease since it was reported in December 2015.

'In the early stage, we provided alert to all districts and health facilities and commissioned thorough investigations into the outbreak, which identified Pneumococcus as the most causative agent.

He said the outcome of the investigations was a major contributor to the success of the national response system.

Mr Segbefia said a team of health workers were also mobilised and supported to trace and follow up contacts as a management strategy, conducted reactive vaccination campaign and vaccinated 200,000 people against type A, C and W meningitis in three districts of the Upper West Regions, as part of interventions measures.

Other interventions, he said, included the provision and distribution of 7,500 antibiotics to the 10 regions and the involvement of stakeholders in the ongoing management campaign.

Mr Segbefia said enhanced laboratories and surveillance capacity development, early detection and rapid response to the disease and other public health risk would be the focus of the response system moving forward.

The Northern, Upper West and Upper East regions and their neighbouring districts in the Brong Ahafo and the Volta regions lie in the meningitis belt of Africa where the condition is endemic.

'The country experience a number of meningitis cases annually with periodic outbreaks, particularly during the dry and hot weather conditions. October to March has been identified as meningitis season,' he added.

Meningitis is an inflammation of the lining around the brain and spinal cord.

The common bacteria, which cause meningitis in Ghana are pneumococcal, Neisseria meningitides and homophile influenza type B.

The germs that cause it could be passed from one person to another through coughing and sneezing and through close contact.

The disease manifests itself as fever, persistent headache, stiff neck and altered consciousness, among other symptoms.

An outbreak of pneumococcal meningitis occurred in December 2015 in Brohani and Seikwa communities in Tain district during which, initially 31 people were affected of which nine died.

The causative agent was confirmed as Streptococcus pneumonia. Response measures were initiated and the outbreak abated

As at April 13, 2016, a total of 2,184 confirmed cases of the meningitis disease with a total of 93 deaths had been recorded while 59 districts from nine regions had reported cases since the beginning of 2016.

There has been no reported case of the deadly disease in the Central Region.

As of February 5, 2016, the country had recorded 456 cases with 85 fatalities, while afterwards to date, 93 new cases with eight fatalities had been recorded. GNA