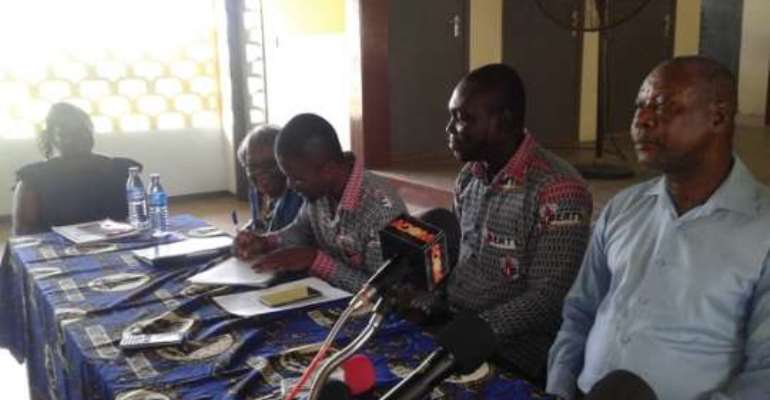 Battor, (VR) April 14, GNA - The National Pensioners Association (NPA) has added the Battor Catholic Hospital in the Volta Region to the list of hospitals contracted by the Association to provide health care to its members.

The agreement would ensure that all members of the Association, regardless of where they might be, the members would be eligible to access health care at a Hospital for the treatment of some selected diseases such as blood pressure, early stages of prostate cancer, diabetes, dental challenges, gyaenacological diseases, ear and eye problems.

Speaking at the signing of agreement between the Battor Hospital and Liberty Mutual Health Company, a representative of the NPA, Mr Franklyn Gonyoe, said the move was to serve as a top up to the National Health Insurance Scheme (NHIS) for the NPA members.

He said NPA members would be issued with Pensioners Medical Service (PMS) cards in addition to their NHIS cards which would be presented to the hospitals contracted by the NPA before the provision of healthcare.

The NPA has entered into agreement with about 50 government, private and mission hospitals, which would also provide medical services to members of the Association.

'We hope to have as many hospitals as possible so that our elderly people can easily have access to good healthcare,' he said.

Mr Gonyoe stated that with time the agreement would be reviewed to ensure that the treatment of more diseases would be captured in order to widen the scope of health delivery to NPA members.

Mr Simeon Kwaku Amuzu, the Chief Executive Officer of the Battor Catholic Hospital, pledged the readiness of the hospital to give the pensioners the best of medical care.

He said although the agreement was with the Battor Hospital, pensioners who had both the NHIS and the PMS cards from any part of the country could visit them for medical attention.

He, however, urged the NPA members to be willing to pay for extra cost as the scheme did not cover all the costs pertaining to their medical treatment.

For example, a subsidy on eye care for members is GHâ‚µ100.00 which means that any member with an eye problem whose treatment exceeds the GHâ‚µ100.00 would have to absorb the rest of the cost,' he explained.

Mr Edward Ameyibor, the General Secretary of NPA, appealed to specialist pharmaceutical companies to go to the aid of the Association to help in the treatment of diseases, which were expensive for members.

He said a total of 13,000 cards, which were ready, would be distributed to members to enable them to access medical care in addition to the NHIS.