AngloGold Ashanti Calls For Tight Security At Obuasi Mine 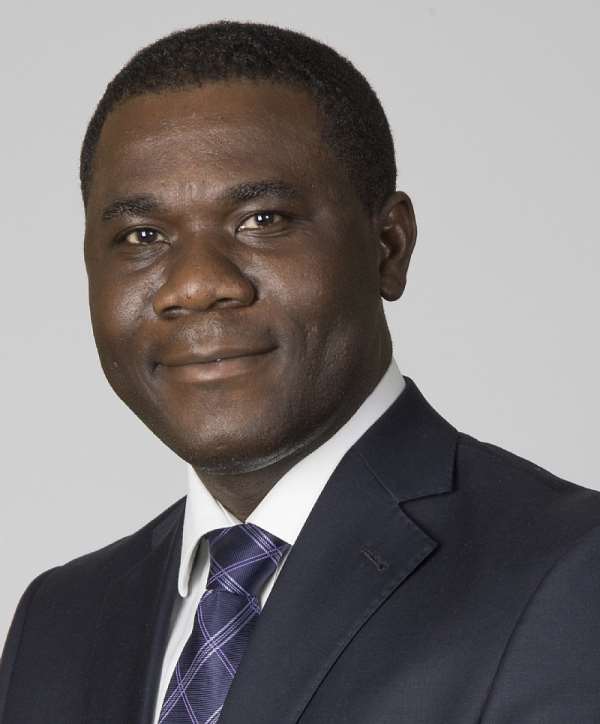 AngloGold Ashanti have threatened to leave the country if government is not able to stop the operations of illegal miners on their concessions.

Speaking to the press in Accra, the Managing Director of AngloGold Ashanti, Mr. Eric Asubonteng said the activities of illegal miners is posing a threat to the security and peace of the mine and is affecting the effective operations of Obuasi mine.

“Our concessions are not safe and if the activities of illegal miners will continue without government doing anything about it then we will advise ourselves”.

According to the MD, the company has lost control of the richest part of their concessions to illegal miners and it undermines the huge investment made by the company.

"Illegal miners have been looting large quantities of high-grade gold bearing material for more than two months. In the process they are causing significant damage to critical infrastructure” he said.

“What is happening now in Obuasi is very worrying. As I speak to you work has stalled and workers have been asked to stay home because illegal miners have taken over the concessions. The activities of the illegal miners undermine investment made and if it continues it will discourage potential investors from investing in the country” he added.

In February this year government withdraws all security forces from Obuasi mines, later president Mahama directed the return of the Ghana Army but those directive from the president is yet to be seen.

Mr. Asubonteng, is however appealing to government to immediately restore law and order at the mines so that workers can work in peaceful atmosphere

……. Renews calls for urgent restoration of law and order

AngloGold Ashanti has grave and mounting concern over the situation at the Obuasi Gold Mine where illegal miners have been looting large quantities of high-grade gold bearing material for more than two months. In the process, they are causing significant damage to critical infrastructure which serves both the mine and the surrounding communities.

Since the security forces were withdrawn at the beginning of February, incursions by several hundred illegal miners onto the site have continued unabated. At each step in this unfortunate process, we have kept all authorities informed of developments, including of the damage being caused to the mine, the Obuasi Community, and the long-term prospects for this important resource. Our confidence has been shaken by the failure to protect our rights as significant long-term investors in Ghana.

Our hopes were temporarily raised when we learnt that His Excellency the President had directed the return of the highly-regarded Ghana Army to the Obuasi mine. However, law and order is yet to be restored at Obuasi. In fact, on 26 March, we understand the military received an instruction to pull back to guard only certain limited parts of the infrastructure, and not to restore law and order by clearing the site of illegal mining activities. To this day, the illegal miners continue to operate with impunity on the richest parts of the ore body.

We are at a loss to understand how a clear directive has been ignored. This has had the effect of compromising the safety and security of the mine’s resources and workforce, as well as the viability of the Obuasi mine, the rights of foreign investors in Ghana, and the benefits flowing to the community from it.

We fear serious and lasting consequences if the situation is allowed to continue. For example, electrical installations that support water treatment plants have been vandalized by the illegal miners. This has affected AGA Ghana’s ability to treat water, and with the onset of the rains there is a real possibility that this essential work will be compromised. The presence of illegal miners is making it impossible for us to manage the situation accordingly.

AngloGold Ashanti’s primary aim, subject to amongst other things, the outcome of the ongoing feasibility study, remains to turn the Obuasi Mine into a long-life, modern, mining operation that will attract foreign investment, and provide high-quality direct and indirect employment, taxes and foreign exchange revenue to the people of Ghana. However, the continued presence of illegal miners on the Obuasi Mine continues to jeopardize this potential. Our concerns are increasingly being shared by civil society groups in the region, who, despite explicit threats to their own safety, have begun actively protesting against the illegal miners’ destruction of the opportunity that the mine presents for the people of Ghana.

It is crucial that the Government of Ghana works with AngloGold Ashanti to resolve threats to the viability of Obuasi, and its contribution to the Ghanaian economy.