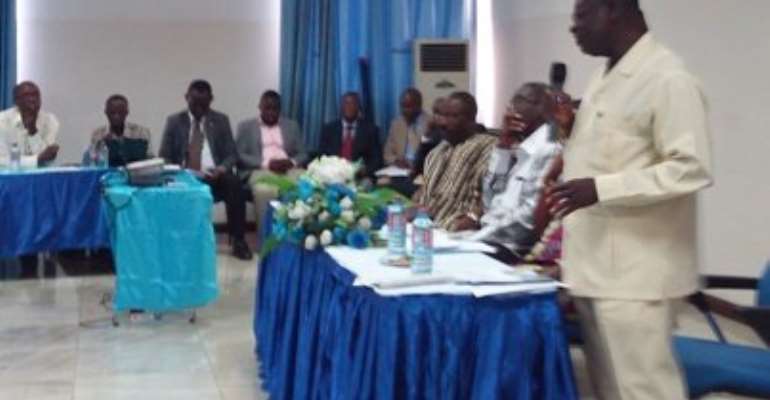 By Awudu Salami, GNA
Accra, April 13, GNA - The Office of the Administrator General has held a stakeholders workshop in Accra for Chief Directors and Regional Co-ordinating Directors to discuss the final draft of handing over notes templates.

The workshop is in consonance with section six of the Act, which enjoins the office of the President to prepare a set of comprehensive handing over notes covering the term of office of the Executive Authority under article 58 of the constitution.

Mr David Yaro, the Administrator-General, in his remarks said, his office in consultation with other stakeholders came up with the template to guide the preparation of the handing over notes, as dictated by the constitutional Act.

He said the workshop would enable the Office go into the nitty-gritty of the templates for clarification in order to avoid wrong presentation, poor presentation, late submission and incomplete presentation.

He said it would also help avoid inaccurate presentation, incomprehensive submission and submission of un-signed notes by Ministers of state during handing over notes.

He gave the assurance that his outfit hard to ensure that the acrimony that is normally associated with the transition process, especially when there is a change of government would be a thing of the past.

She therefore commended the organisers of the workshop, saying that it would help the Heads of Civil and Public servants provide comprehensive handing over notes, especially if there is a change of government.