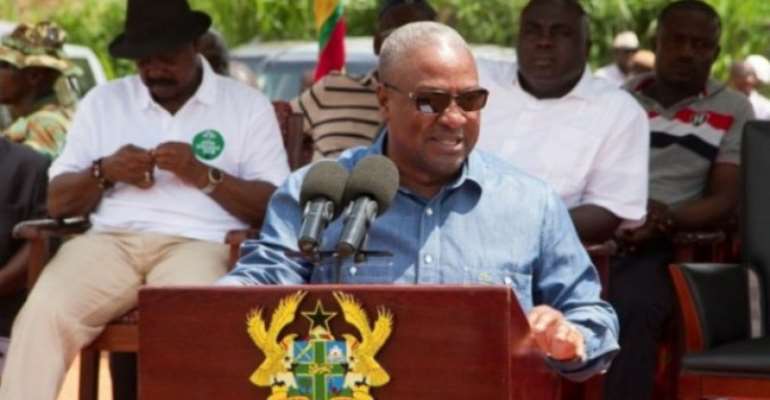 The Chiefs of Yilo Krobo in the Eastern region have promised President John Dramani Mahama of their massive support in his second term bid.

The Chiefs have pledged to secure 85% of total votes cast for the president in the November polls.

Nene Teye Boya III, a divisional Chief speaking at a stop over durbar at Nkurakan during the ‘Accounting to the People tour’ by the President on Tuesday said, "the people of Yilo are very grateful to you for your approval to give them a University to improve their educational infrastructure, particularly your approval of a municipal office, you are assured of our usual massive support.

The Chief also commended President Mahama for fulfilling his promises made to them during the 2012 electioneering campaign.

President Mahama told the people that government will continue to provide the social infrastructural needs of the people to transform their living conditions.

He urged first time qualified voters to register when the EC opens the voter registration exercise.