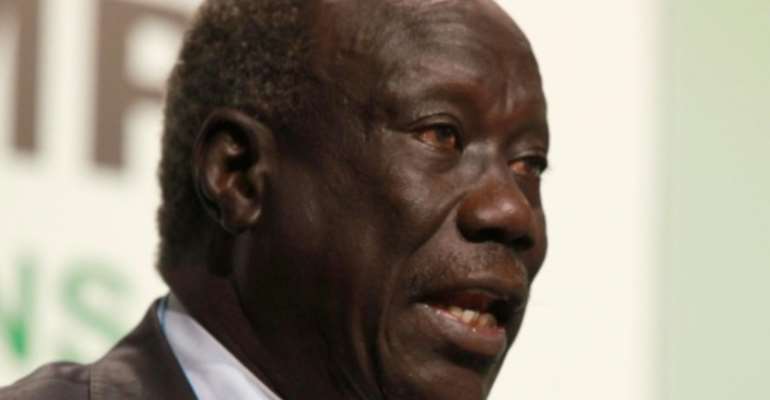 Juba (AFP) - The deputy chief of South Sudan rebels returned to the capital Juba on Tuesday as part of a peace deal, raising hopes for the expected arrival next week of the opposition leader.

Alfred Ladu Gore, a former general and minister, spoke about peace after flying into the capital's airport having spent more than two years fighting in the bush and in exile.

"I am very happy to be home... our advance team came here to proclaim peace and I have come to reaffirm that peace will not be reversed," Gore said, who arrived with a delegation of around 60.

However, Gore condemned the arrest of 16 supporters who had been mobilising people to welcome him back.

"Peace means freedom to express your mind, to gather together even if it means you disagree," he said.

He was welcomed by Akol Paul, a senior member of the ruling party. "His arrival today signifies that indeed the war has come to an end," Paul said.

A 1,370-strong force of opposition soldiers and police completed their arrival over the weekend into Juba. They are to ensure security for rebel chief Riek Machar -- named as vice-president in February -- who is due to arrive in Juba next week.

Civil war broke out in December 2013 when President Salva Kiir accused his former deputy Machar of planning a coup, setting off a cycle of retaliatory killings that have split the poverty-stricken, landlocked country along ethnic lines.

Machar has said he will come to Juba on April 18 to form a unity government, returning for the first time since he fled the capital over two years ago.

The arrival of rebel leaders -- especially Machar, if he comes -- will be a major symbolic step forward, although many warn that the practical implementation of the peace deal will be a long and tough task.

Tensions remain high, with the rebels accusing the army of boosting troops in the capital, which should be officially demilitarised within a 25 kilometre (15 mile) radius, apart from units allowed under an August 2015 peace deal. The army denies the claims.

Other troops are meant to gather in special "cantonment" sites.

The United States however on Monday condemned army attacks on rebel positions, "which destroyed a declared opposition cantonment site" near the town of Wau in the country's northwest.

Washington said there were "credible reports" rebel troops had also attacked the army and civilians.

"There is no military solution to the conflicts in South Sudan," the US added. "We call on all parties to fulfil their commitments to implement the provisions of the peace agreement in full."