Roverman - A Marriage of Culture, Economics and Entrepreneurship in Theatre 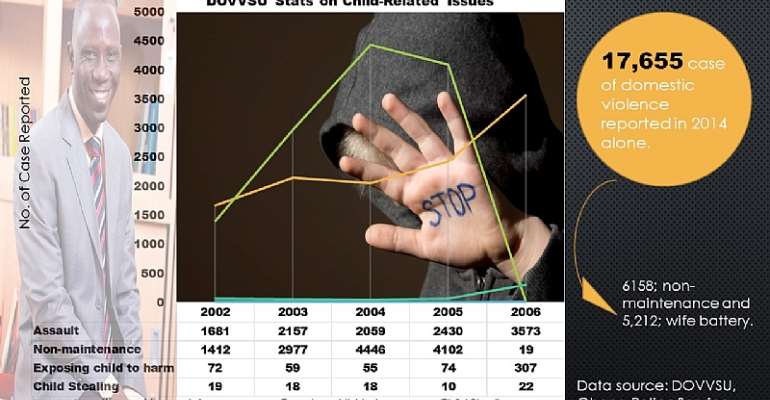 Theatre in Ghana has benefitted from a massive revival of client patronage since the period of Economic Recovery Program and Structural Adjustment under PNDC. Unfortunately, data regarding industry structure, size, competitive forces and market share, or even regulatory oversight, is scattered and checkered as existent body of literature seem inclined towards the historical and artistic dimensions of theatre leaving out the business aspect. There is an immense gap in the literature which fails to address critical business questions related to theatre production and its contribution to national income. This is the backdrop that inspires interest in Roverman Production as a commercial brand involved in theatre entertainment. The mission of Roverman Production is subtly captured by its tagline “making a difference”. By aspiring to produce “captivating plays and thought-provoking literature to influence the socio-political lives of Ghanaians”, Roverman Production asserts itself, without so intending I suspect, as a business enterprise with a social agenda. In order to affirm or rebut this claim to social entrepreneurship, there is the need to focus our analytical lens on not just the company’s business model but also its role in addressing challenges within a post-modern era of complexity and socio-cultural change. After all, that is what it means, or should mean, by “influencing the socio-political lives of Ghanaians, as it mission statement reads.

The overarching goal of this essay is to investigate the social entrepreneurship aspect of Roverman Productions within the context of drama and theatre as forms of artistic enterprise. In concluding, I would argue for collaboration by actors within the theatre space; policy makers, entrepreneurs and corporate sponsors, to ensure sustainable growth of the theatre market in order to create jobs, change minds and contribute to GDP growth.

Adjassah Ann, in a 2015 article on graphiconline.com titled “Divorce Rates High in Churches” cites Ghana Statistical Service as having reported that in 2014 alone, 600,000 marriages had collapsed. Cantalupo et al. (2006) in a research paper on domestic violence in Ghana, observes that one in three Ghanaian women have suffered from physical violence at the hands of a past or current partner. Edmond Gyebi, a journalist with the Ghanaian Chronicle writes in an article on the latter’s website in March 2015 “…518 men (husbands) in the Northern Region were reportedly beaten by their wives or subjected to various forms of abuses ending at the police station for redress.”

While it may be true in some cases that researchers have found weak or no causal linkage between juvenile delinquency and broken homes (see Ngale, 2009), still, others have sought to prove this linkage (Burt, 1926 cited in Sullenger, 1934 ;). For instance Theobald, Farrington and Piquero (2013) argues, that “Children who experience a family breakdown due to the separation or divorce of their parents may be at an increased risk of violent offending especially if they have experienced a disadvantaged upbringing that included low family income, marital disharmony, or parental criminality.”

Without doubt, the stark statistics provided by Domestic Violence and Victim Support Unit (DOVVSU) of the Ghana Police Service shows a direct impact of negative social changes within the Ghanaian family unit. Admittedly, these changes in social conditions may not be only as a result of cultural shift but also possibly attributable to the growing economic inequality that is producing a burgeoning middle class, who are classified in some literature as “working poor”. Ghana has seen its fair share of double digit fiscal deficits in recent times (2012; 11.8%, 2013; 10.8%, 2014; 10.4%), causing disturbance in the macro economy with repercussions for unemployment, declining disposal incomes and high cost of living. As some studies have found, weak economics at the micro level (households) is one of the causal drivers of marital breakdowns and juvenile delinquency. This is the problem context within which the mission statement of Roverman Productions is situated. It is indeed a challenge for all organized attempts by vendors of artistic literary entertainment to who seek to alter for the best, Ghana’s decadent social reality. It is a huge and intimidating mission but we must evaluate all such efforts with brutal rationality giving due regard to the business environment within which Roverman Production and its contemporaries operates. Now let’s talk about Roverman’s business model.

To appreciate innovation one must understand tradition. How was theatre done in the past, what results were achieved and how has modern innovation, as pioneered by market leaders such as Roverman, redefined industry standards?

Concert Party, inspired by the Ghanaian tradition of story-telling, was pioneered in Ghana by one Master Yalley, an elementary school teacher, following World War 1, according to Rubin (1997, p.138). There is a growing body of literature that converge on the claim that popular itinerant theatre that derives definition and historical roots from Concert Party, have undergone transformation since early 20th Century (Kerr, 2005, cited by Cole, 2001). The changes have been observed along the lines of target audience, venues, content and style. Also Cole (2005) cites Bame (1985) to rehash the latter’s view that popular theatre has historically been produced and consumed by the “ordinary citizens”, subtly depicting the lower classes with a politically correct euphemism. Concert party as a literary genre continued to evolve in post-colonial era with groups such as Kakaiku, Jaguar Jokers and Happy brothers playing contributing to the development of the genre. In terms of content, their art traveled the whole spectrum of topical considerations from politics and satire to love and morality. Historically, this itinerant form of drama organisation has experimented with different venues (distribution channel). Venues have ranged from makeshift stages raised in local communities to open lorry parks where audience gather. In more recent times, infrastructure development have created opportunities for greater experimentation with venues that appeal to a wide range of demographics; National Theatre, Goethe Institute, the British Council, all in Accra. The Art and Cultural centre in Accra and Kumasi also provide suitable venues for theatrical performance by organized groups. Thus far Ghana has come. Contemporary theatre however, as exemplified by Roverman Productions is clearly different on many dimensions. The key drivers are obviously technological innovation but also advancement in management concepts about organization and supply chain coordination.

At the centre of Roverman’s business model is its value proposition, what Roverman offers to its patrons and clients; theatre plays. It full essence derive legitimacy from the historical influence of traditional story-telling, albeit less inclined towards folklore than its predecessors. A careful review of past shows since 2004, reveal a thematic concentration on family values and life; an area the Roverman seem really passionate about. It appears to be a brilliant entrepreneurial response to a market gap when one reviews data on from DOVVSU. In terms of pricing, high cost structure (production and inflation) have justified tickets ranging between GH 50 to GH 80 (recent play) making Roverman an up-market supplier of family entertainment. There is however the question of whether Roverman is maximizing its revenue potential, considering the fact that issues such as LGBT rights, youth involvement in terrorism, unemployment etc., which characterize its target demographic, are indeed pressing socio-political questions of recent time. Would theatre plays that address these issues broaden Roverman’s market reach across its traditional boundaries of urban nuclear families? That is an important question that has implications for strategy and competitive behavior.

In terms of channel management, the company has shown innovative leadership in that area. Its heavy reliance on web and mobile technology and also traditional offline communication approaches ensures constant engagement with its key market segments. Roverman’s mutually rewarding relationship with Airtel and other sponsors such as Samsung, Yomi Yoghurt and Voltic mineral water, to name a few, have provided crucial support that has sustained its value chain over the years. Its key business activities include, twice-weekly Food-for-thought Show on Joy FM, quarterly plays, Road Shows, Festival of Plays and Campus Tours. The Roverman Exclusive show is a niche bespoke offering targeted at corporate clients, a remarkable innovation within an industry that is less amenable to business innovation. Unfortunately, there is scant information that is publicly available, to evaluate other aspects of Roverman’s business model such as key resources, cost structure and revenue model. A cautious inference can be made in respect of cost and revenue to assess financial performance, albeit any such attempt would be an exercise in conjecture since there are many unknowns in Roverman’s cost and revenue equation. For instance we know how much is charged per head for a play (last reported to be GH80). We also know that the National Theatre has a seating capacity of about 1,504 comfy arm-chairs. What we don’t know is how many tickets may be awarded on complimentary (free) basis. There is also information gap on advertising revenue from Roverman Report Monthly. So using what we know, we may assume performance gigs at full capacity (National Theatre) less 20 complimentary tickets, would yield GH 118,720 (USD 30,986; using GH 80 ticket and a spot FX rate of GH 3.8313/dollar. Again, without actual info from the company, we can easily find out how much is paid to stage actors, but there may be other cost inputs such as rental, lighting, advertising and other third party services that may impact on production cost. Without information on total production cost, the revenue estimate means little. Overall, it is important to ascertain whether Roverman can self-finance its theatre production and other activities if sponsorship from Airtel and other sponsors are cut off. This is absolutely essential if Roverman wants to stake a claim to social entrepreneurship, which by definition is financial sustainability balanced by social impact. As Impact Investing begins to gain momentum in Ghana, companies that want to court investor interest must demonstrate not just social impact but financial sustainability as well.

Conclusion - Kwame Nkrumah’s Vision
Rubin (1997, p.139) suggests that Worker’s Brigade Drama group, a theatre enterprise formed in 1962 was sponsored by the Nkrumah government to primarily disseminate the ideals and values of self-dependence and work ethic; the core foundation of post-colonialist socialist experimentations under Dr. Nkrumah. Seeing firsthand how the colonial administration had employed drama and theatre for civic engagement and propaganda, Dr. Nkrumah came to fully appreciate the power and potency of theatre in facilitating social transformation. This, arguably, was one of the driving forces behind Ghana’s first public policy attempt to provide fiscal support for the arts. Since then, that public-private partnership has evolved over the years with theatre suffering from poor patronage and lack of financial support. Fortunately, the likes of Roverman Production, The Heritage Series and other participants within the theatre space have helped rekindled the interest of Ghana’s middle and upper class in performing arts. Complementary efforts by private companies and government (Ministry of Tourism, Culture and Creative Arts) would spur on such efforts to create economic value for all the while helping to achieve a bigger goal African renaissance.

This is the abridged version of the essay The Roverman Proposition: Understanding the Markets & Economics of Theatre in Ghana. The complete version provides analysis of the theatre market and competitive. For full version, please contact the author.